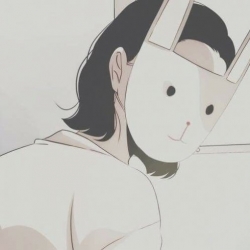 I. first and foremost, no insults, homophobia, racism, misogyny etc. will be tolerated! i will not hesitate to block you~

II. my character is from Danganronpa and as such, i expect that you're familiar with the franchise. if you have any questions about angie or Danganronpa in general, don't hesitate to ask!

III. i am an experienced roleplayer (4+ years), and i write in para. if the response isn't at least a paragraph, i'm not going to respond since plots tend to get dry that way~

IV. sm*t is okay, but there needs to be buildup! i will not do straight-up sm*t. angie deserves better than that!

V. i am a full-time student so sometimes i get busy!

VI. please don't hesitate to ask me anything! if you need to talk or vent ooc, i'm here for you too!

alola to you~! have a nice day!

ooc : these are just some rules for if we write together. (:

1. I am a full time student and I work a full time job so I may not always get to replies in the best timely manner. Please be patient with me, even if I’m online/posting/interacting. It takes me some time (depending on the roleplay) to write something I enjoy, and I don’t want to give you something half assed. That being said I won’t take more than 3-4 roleplays at a time unless stated otherwise!

2. Length! I can do any length, really. Just let me know but I’ll most likely ask. Nothing less than a paragraph.

4. I am open to any and all role plays, all pairings (MxM, FxM, MxNB (non binary) and sm*t is welcomed- but it is something that must be discussed and honestly I would prefer any other type of in depth connection before then (unless it’s a casual hook up then that’s fine too.)

5. For a romance plot, I don’t normally pair two characters who have never interacted or seem to have no chemistry. We can write (text or descriptive) beforehand and if suggests to go in that direction then perfect! I do like slow burns so I will be doing those. If that’s not something you can wait for that’s fine :) Platonic loves are more than needed.

I cant think of anything else right now but maybe I’ll add more, thank you. ❤

Hello!! Let’s just straight into the rules! I’m not new to this site nor to role playing!

- I’m more on the literate end of the scale. I typically write roughly around 3-5 paragraphs per replies. It depends on what I am given. Absolutely no one liners! I usually ask for at least a paragraph. I need something to work with.

- please use punctuation in your responses. I understand grammar is hard, just ask to have a reply make sense ^^

- Do not control my character. I won’t control yours.

- respect me and I’ll respect you, if you come with an attitude I’ll match it.

- Don’t spam me. Give me time to respond t your message. At least 48 hours before sending me a response. Besides if we have a role play on going on the site.. discussion doesn’t count.

- All of my characters are strong bottoms.

- I need a reference photo for your oc. as well as a bio sheet for them, it’s up to you how long you would like to make it.. No I will not pick one of your characters, I feel bad if you don’t like who I pick for a certain plot.

- Please do not message me in character nor send a random starter. I also, don’t base my oc on my Pfp.

- Plotting is one of the most important part. I will not be giving up all of the ideas. I need help with plotting. I would prefer if you had a plot in mind when you message me. ^^

- If you add my discord. Please let me know who you are when you add me.

- As mentioned in my bio, there will be only 10 slots for role plays I will keep on the site. However, with those I will need patience because I tend to be a bit forgetful at replies. So if after 24 hours I haven’t answered bump me kindly.

Genres:
- Romance is a must! ( Yes sm*t/l*wd is definitely okay!)
- Horror/ Dark plots are my favorite!
- Supernatural
- some taboo with plots

|- Personality ➵ What would one get if immense power combined with endless boredom along with an absolute love for destruction? The answer is Aamon. He’s arrogant as he sees everyone beneath him and so they should all bow down to him. He’s highly intelligent and confident in everything he does. He’s cunning, insensitive and to no one’s surprise very narcissistic. The wisest thing would be to stay far away from him, however if one decides to approach him, act cautious and with care. He can snap at any moment for no particular reason.
|- Likes ➵ Greed, power, destruction of any kind, the misery of others
|- Dislikes ➵ Restrictions, containment, humans/other beings, philosophy
|- Fears ➵ N/A
|- Mental State ➵ Perfectly insane
|- Occupation ➵ N/A

|- Personality ➵ Asher has a rather challenging personality, one that not everyone is able to handle. He at first glance might not seem or act ‘smart’ even though he actually is a smart individual. He’s highly arrogant, apathetic, and asocial which doesn’t make his personality flattering or charming, and he simply doesn’t care. Often calculating given situations to know the best time to strike or make a move. He doesn’t play by rules other than his own, if one would manage to get on his ‘good’ side they would be in for one hell of a ride. Be warned though, he’s extremely cold-hearted, cruel and sadistic who won’t back down for anything, especially ones he set his mind on something he wants.
|- Likes ➵ Beauty, obedience, loyalty, road trips, urban exploring, traveling, fog, mixing drinks
|- Dislikes ➵ Photography, dances as it’s a waste of time, stand up comedy, humans, Thursdays, disloyalty, waiting, riddles other than his own
|- Fears ➵ N/A
|- Mental State ➵ Who knows?
|- Occupation ➵ Bartender

|- Personality ➵ Nathara is a pretty smart individual and rather sly. She’s very quiet and calm as she enjoys observing others. She also tends to be very curious and patient when needed. People often tend to mistake her for a rather friendly person which she really isn’t. She has always been extremely loyal and protective of her kind, letting no one get away with hurting those she’s loyal and protective to.
|- Likes ➵ Snakes, forests, fooling around, rain
|- Dislikes ➵ Holidays, candles, loud noises, traffic
|- Fears ➵ Fire
|- Mental State ➵ Suffers from hypersomnolence
|- Occupation ➵ Part time translator

|- Personality ➵ Kyle is a rather friendly and outgoing young male who enjoys to be around people. He’s rather easy at making friends and he often offers to help anyone whenever he can. He’s a good listener but also rather good at giving advice. He’s very passionate and can be rather charming.
|- Likes ➵ Animals, gaming, cooking, hiking, sports
|- Dislikes ➵ Rudeness, danger, surprises, cemeteries, arguing
|- Fears ➵ Rats
|- Mental State ➵ Pretty well
|- Occupation ➵ Department store clerk