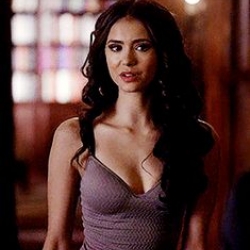 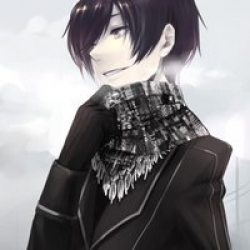 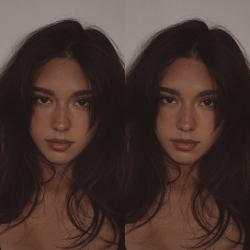 Kono-ham, is a university student. She is very popular among the chic girls group. She always has eyes on her when she enters a room, and gets absolutely crowded upon. Though, she must be popular for some reason, right? Well, it's only because of her big.. personality!

She is a very heart warming girl, and cares for almost everyones feelings. If she notices that someone is having a terrible day, she will go out of her way to try to cheer them up. She believes life is worth living to the fullest! She has a very peppy personality, and is slightly dumb. But she isn't able to help it.

She doesn't get how sarcasm works, and can be fooled. She can get bored of things easily, like being active, or trying to study. She is often seen day dreaming in class, or doodling in her notes. Overall, she is almost like a little kid in a very m*tu*e woman's body.

Family: Kono-ham has a mother, Age 42. She is a business woman, for a huge corportion in the city she lives.

Kono-hams father is a lawyer, Age 46.

She has a little brother by the age of 16. He often gets annoyed by her, since she is so child-like, and almost all the time daydreaming.

2. I only roleplay as Toy Chica

3. In order to roleplay there must be plot discussion

4. I will not go to discord for any reason

5. Do not come to me in character

6. I am not looking for a relationship

in high school, i was a loner

i was a reject, i was a poser

i swear, i mean well, i'm still goin' to hell

i'll add a para opener here once i get the time

☽ NAME - he calls himself Gangnrad
☽ AGE - visually? in his 50's, give or take. his true age, however, is difficult to discern.
☽ SPECIES - human... probably.
☽ ETHNICITY - unknown, (TES) Nord
☽ GENDER + PRONOUNS - cis male, he/him
☽ SEXUALITY (IF APPLICABLE) - i don't think he knows what sex is
☽ AILMENTS (IF APPLICABLE) - cataracts. something's wrong with him mentally but it's anyone's guess what it is

☽ BODY DESCRIPTION - standing in at over 2 meters tall, the terrifying figure that Gangnrad cuts clearly marks the imposing existence of this gravetender. he is wide and incredibly bulky, with hands the size of dinnerplates. one smack could render you paralysed.
☽ APPEARANCE - dirty white hair is loosely cut to his shoulders, often obscuring his face. his cataracts-marred eyes, once blue, are milky-pale and often add to the unsettling look he carries.
time (and nonexistent showering habits) have left Gangnrad's once-pale, once-smooth skin flecked with dirt, wrinkles, and oil. white body hair coves most of him, but he manages to maintain a short beard.
☽ ATTIRE - varies on setting. he'll be fond of leathers and furs no matter what - anything that stinks good. he may fancy a nice hat if he's feeling particularly confident in his looks.

☽ BACKSTORY - Gangnrad shall not speak of where he came from, as he believe it's completely irrelevant and those who pry are not worth his time. what is known is that he's been tending to this crypt for as long as he can remember, calling upon the spirits to help him what kind of crypt
☽ PERSONALITY - horse-like. Gangnrad is fixed straight ahead, achieving a set series of tasks day-by-day. his blinders have completely shut him out to the world beyond the crypt he so loyally protects, both above and below ground. he is quiet, rarely speaking his thoughts (most of which are about the possessions and inhabitants of the crypt anyways).
☽ OCCUPATION - he looks after a certain crypt with no interest in seeking other hobbies, occupations, or professions.
☽ BELIEFS - Gangnrad's loyalty has, to his detriment, severed most of his ideologies. the world, to him, is now just a shifting grey mass he wants no part of.
he once espoused a view akin to Social Darwinism, where he believed that most who weren't worthy ought to die but his spare thoughts often worry if his old ideology meant that his own life was not one worth living. he feels half-dead these days anyways.
☽ HABITS - Gangnrad mumbles and curses under his ragged breath often. when he isn't mumbling or cursing, he's hawk-spitting into the grass.
☽ VOICE - it isn't often that Gangnrad speaks but, when he does, it's usually difficult to understand what is being said. for a start, he speaks with a particularly strong and barely identifiable accent. it sounds vaguely European, the way an old Swede may sound if their voice happened to be doused in alcohol and covered in glass shards. his voice booms like thunder with none of its power.

☽ FANDOM TWEAKS (IF APPLICABLE):
VtM: it's difficult to ignore the overwhelming presence of a Nagaraja settling in within a given domain but, so far, the walking masquerade breach and their flesh-hungry ghoul haven't caused many problems for the Prince/Baron/Archbishop.
disciplines: one dot in Necromancy (Vitreous Path)

TES: Brandr Red-Tooth, hailing from the hold of Windhelm in the frigid wastes of Skyrim, was said to have been a mysterious yet kranky Nord whose bestial strength overpowered any fool who dared cross him. nobody knows what compelled him to leave - some say he developed a crippling skooma addiction and couldn't afford to stay in his homestead while others suggestion his interference within a series of tombs nearby, combined with Daedra worship, forced him to retreat in shame.
particularly skilled in: Conjuration, Hand-To-Hand, Alchemy

See, I'm not a monster, I'm a chatty birch, people like me. Even though I betray them lol. If you're reading this... I'm evil, what can i say?

┊attire┊
▸ Chima will wear a black sweater, and black cargo pants if she’s not in her uniform.

⋆⁺₊⋆ ☾ ⋆⁺₊⋆ ☁︎
personality ⋆⁺₊⋆ ☾ ⋆⁺₊⋆ ☁︎
┊overview┊
▸ Chima isn’t the best person by any means; she’s very serious, and vain, as well as a brutal killer. She takes pride in peoples’ fear, and tries to at least scare them to death.

(kinks)
Biteing or sucking on neck

being called cutie or daddy/mommy

rubbing chest or and ass

being called a slut

lots of other stuff

So I've had one good rp. I'll put smirk and chomp in here so he'll know he's my favorite assassin.

The demon was dispelled, so its me in Heck I guess.

When you hire a streetwalker, who ghosts you, then a demon, who seems like they are going to do it, you're having a good day off.

I'm trying not to be a birch

But I've had 6 rude guys pm me, 3 more people who clearly didn't read my profile (and yes, I read yours), 2 guys who wanted doggie pets, sure, I can do that if you can do this, no? Great, so its all for you. I've have many, many just stop a rp, or return hours later and think they can pick up again - no brb or I have to go, or simple politeness.

So by the time you get me, after the brittle Doms and hateful INC/ELS, be nice.

I'll try to be nice back.