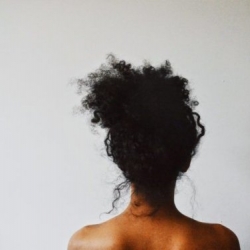 Imprisoned for: Drug use

Amethyst is normally very calm and prone to shying away from speaking to others. The song Ghost, by Confetti, helps describe her very well. She will speak to others until it gets too much for her to handle so she ends up leaving them in the air. She dislikes conflict and often is found playing with cats or a type of feline.

× | P E R S O N A L I T Y | ×
♤Mirae is timid and tends to keep to herself due to her past. She is very naive and can be easily tricked into trusting someone a little too much. She’s very sensitive and tends to come off as a crybaby when it comes to conflict. ♤
♤ habits: Biting her lip♤
♤ fears & phobias: Philophobia, Anthropophobia, Agoraphobia ♤

Mirae was born the youngest of 8 children, and the only girl amongst 7 boys, so her parents considered her their “Little Angel”. She was sheltered more so than her brothers, to the point where she spent most of her days inside, practicing religion and studying. When she was ready, they sent her to a private school which focused heavily on religion as well. However this school would turn out to be Mirae’s worst nightmare. The school wasn’t expecting her family to send a daughter, knowing that they were more known for their seven sons, so when they saw pretty little Mirae enter the school they hated her immediately. The teachers would punish her for little things, such as slouching when seated, or biting her nails, things the other kids would do and get away with. The other students would bully her, a group of girls once got away with cutting Mirae’s hair and trying to drown her in the school’s fountain. Yet, anything Mirae did immediately got her punished, and the punishments were brutal. They would make her stand for hours, stay after to clean up every classroom, force her to walk around the courtyard with heavy weights for hours, humiliate her by having her stand outside while kids threw food at her, or public whipping. Her parents were no help, they justified the abuse by saying the Gods and Goddesses were putting her through a test to make sure she was pure by the time she died. Mirae never understood this, but she could never argue with her parents.

Mirae ended up getting used to the punishments by the time she was 15, she was able to block out the pain, and even sometimes force herself to pass out. However this would lead to people letting her hit her head on the ground or desks, so Mirae had gotten a concussion a few times. Eventually she stopped going to that extreme and just stuck to tuning everyone out. The punishments were constant, but the bullying got worse. Mirae had been tricked into going to a party, where she was almost drugged and assaulted. The only thing that had stopped this from happening was one of her brothers coming to bring her home after she threw up on someone due to anxiety.

When Mirae graduated, she made attempts to leave the religion she was in, but her parents refused to let her. They’d hit her whenever she mentioned it, and locked her away when she tried to leave her home. However, her parents soon died of natural causes and Mirae didn’t fully leave, but she stopped practicing certain things that her brothers still did. She went on to work at various different retail places, but she ended up quitting after a month each time. Eventually, she was scouted by a modeling agency and accepted their offer. She started getting positive attention almost immediately, it confused Mirae, she wasn’t used to compliments. She saw this as her completing her test that her parents told her about. However, when the hate comments rolled in, Mirae lost her faith in humanity. She was mentally tired from suffering all her life. She no longer saw other people as good, in her eyes everyone was evil and no one could be trusted.

One day, as she was scrolling through her social media, she discovered the profile of a sex worker, the girl was beautiful, and most of her comments were praising her body and how sexy she was. Mirae wanted to be like her, and thus started her career as a camgirl after purchasing recording equipment and a few sex toys. The attention she got from her cam shows was overwhelming at first, but she soon loved the way people seemed to worship her in the comments. It gave her a rush, even made her more into what she was doing. However, she was still ashamed of being so l*wd, so she kept all her cam work secret from her modeling career, and it’s still a secret side job to this day.

Because there's no fookin way I'm retyping every part of this for every single character I post. Much easier to copy and paste.

DISCLAIMER: Information filled out in these profiles is considered "public access" knowledge about the character (as in it can be found out about them somewhere on the net- should that exist in their universe- or is known about them by those around them if they're, for example, living in a small 1600s village or something). Therefore, anything not "public access" will be marked "N/A"

Clara benavente was born and grew up in a working-class family in a poor city, she lived out of trouble until she was about 10 years old, when her whole life was altered.

Her family as well as many others were wiped out by financial and criminal elite. Being the sole survivor, she had to learn how to live on her own until she was rescued a month later. Unbeknownst to Clara at the time, the attack that took out her community granted her powers which laid dormant in her DNA. She was moved from foster home to foster home until she was about 14. The Thornton family took her in and treated her as their own, never has she ever felt this welcome into a foster home. She is soon adopted into the family while keeping her Benavente name. Clara was happy for a few years until she discovered she was being watched, Her new family a part of it all.

She manages to escape with her newly active powers and retreats into the shadows. She remains hidden for 8 years and with her vigor and determination, she managed to conquer all fears and doubts and train to perfection.

At the age of 23, Clara begins to chip at the elite through their underlings and making her way to the top under the identity of Aranea. By doing so, she hopes to find vengeance for the actions done by them in the past and give others the tranquility she never had, by any means necessary.

Koriand'r was the second of three children. Her older sister, Komand'r was the first in the line of succession, but she was crippled by a childhood illness that robbed her of her natural Tamaranian ability to convert ultraviolet light into flight energy. Therefore, she was deemed unworthy to be queen and the succession fell to Koriand'r. When both sisters were sent to train with the legendary Warlords of Okaara, the bitter Komand'r ran off, allying herself with the Citadel. They used Komand'r's information to successfully invade Tamaran, and King Myand'r turned Koriand'r over to the Citadel to ensure peace.

Koriand'r endured six years of torture and sexual abuse until she and Komand'r were both released to the Psions for experimentation. Largely sadistic scientists, the Psions performed a deadly experiment on both sisters to see just how much energy their Tamaranian bodies could absorb before exploding from the overload. During the procedure, forces loyal to Komand'r attacked the Psion ship to rescue her, and while the Psions were distracted, Koriand'r broke free using her new ability of starbolts (destructive blasts of solar energy) acquired through the experimentation. Against her better judgment, she decided to free Komand'r who was still absorbing energy. However, far from grateful, Komand'r struck her sister down with the same - but much stronger - starbolt power and had her restrained for later execution. Koriand'r escaped and eventually found her way to Earth.

Kara Zor-L was born on Kandor, Krypton to Zor-L and Allura In-Z, and was the first cousin to Kal-L, who was the son of Jor-L and Laura. When her father learned that Krypton was about to explode, he learned her in a ship to Earth at the same time Kal-L's ship was launched from the planet. Kara's ship took a longer journey to Earth, resulting in her arriving decades after her cousin made it to the planet.

Unlike Kal-L's ship which was designed for fast travel, Kara's ship was designed to hold her in stasis during her development, and her the ship held an artificial intelligence that ran programs for her to interact with life-like copies of her family and Kryptonians. By the time Kara landed on Earth, she was an adult in her early twenties, unlike her cousin who was an infant when he landed.

Kara's existence as Power Girl wasn't revealed to the public until years after her arrival, and she was supported by her cousin and his wife Lois Lane, who helped her transition from virtual reality to real life relationships. She became close to her cousin and his wife, regarding them as her "uncle" and "aunt", and Lois regarded Kara as their daughter on a few occasions.

Right.
So, one of my best mates (back then, anyhow. I don't speak to him anymore. Turned into a right ass when we were in our late teens) first introduced me to roleplaying midway through sixth year. Back then, it was the fookin... the thing with the little stars drawn around the actions and the character names/initials at the beginning of the lines, and done in journals we passed back and forth when we could without getting caught (I don't know what that style is called. I was a sixth year, I didn't ask).
Since then, I've been online off and on (starting in my late teens when I actually got a laptop of my own because if my sisters had found this on the family computer I would NEVER have heard the end of it). Tried it through a couple of different sites (went on IMVU once and not doing that ever again) and... well, now I'm here.
I like to think I'm pretty decent at this by now, been doing it for long enough and writing on the side when I'm not roleplaying (mostly rewrites/continuations for films I either hated the ending of or felt had too many loose ends for my liking; I don't post any of that anywhere, though, so I suppose its irrelevant either way. I've also played the odd bit of Dungeons and Dragons, Call of Cthulu, and one I can't recall the name of where you were either a Fae, a Vampire, a Werewolf, or a Human. Not quite sure that's relevant either, but it is experience.
Yeah, sorted.

Biography - Born and raised in the Kryptonian population of Argo City, Kara Zor-El was sent by her parents Zor-El and Alura In-Ze (married name Zor-El) to Earth to save her life and meet her cousin Kal-El (in modern versions to look after him). As a teenager an and immigrant, Kara has to learn to fit in a completely different culture while she copes with their family's loss and tries to become a hero.

Supergirl's personality varies slightly depending on the incarnation, but she usually keeps several core traits: her kind-hearted although short-tempered nature and her struggle to adapt to an alien environment. This is due to her youth and her upbringing

1. To roleplay, there has to be a plot discussion

4. I will not move off this site, Not to discord nothing

5. Do not control my characters