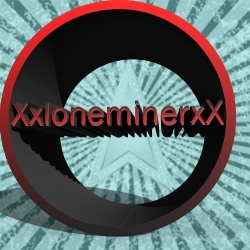 Roleplays take a long time to start on this website.

If you don’t already have a plot in mind, choose one from this list! Please just tell me which character you’d prefer to play. ^^

I’m flexible so we can switch things around!

Characters with * above I won’t write.

Human stumbles into the wrong territory and is face to face with a hungry vampire
-N*FW twist: Vampire eats more than blood…any body fluid


Your neko pet discovers what sex is! (PetxMaster*)

Personality: Ajette is very outspoken, and hard to control. She's always sneaking out of the castle and getting into trouble. Rowdy, daring, and extremely adventurous, Ajette is down for just about anything she finds challenging enough. Whether it be racing on horse back, climbing up a cliff, or journeying through a vast canyon. Ajette has a fighting spirit. She gets along with just about everyone, but she knows how to kick some ass.

Info: Carlisle killed his parents at the age of 15, staging it to look like a murder-suicide enacted by his father after having found his wife unloyal. He inherited family fortune and home. Carlisle's father was a well know scientist. Carlisle inherited his genius brain and studied under him, specialing in the field of medicine. He was able to formulate his own concoction used to paralyze a victim but keep them wide awake in order to dissect them while they watch. They can still feel everything. Just can't move.

Personality: Insane. That's all you need to know.

Image made through Picrew

Prefers to be called: Kat

Perso: She is absolutely insane. Kat isn't one to give up so easily. She's tough, aggressive, and able to kick some ass. She may look dainty and sweet, but she is the complete opposite. When she's around people she likes, she can be a total goof ball and a major lover. She's just a sweetie in general. Unless you piss her off.

IMPORTANT info: When Kat gets extremely angry, she unleashes her "inner monster". It is incredibly powerful. A power only high level demons or deities would carry.

Info: Kat was abandoned as an infant. Found by Carlos Oakes, a high tier gang leader, she was raised to be strong. She starting learning to fight at the age of 3, and it became apparent that she had a real knack for it. She already fought pretty well for a toddler. She even tossed a 253lbs dude across the room with one hand.. It turned out that whoever her parents had been, they were beyond powerful.

Abilities: She can shift into a cat (can change size of it as well), teleport, make parts of herself disappear (think of the cheshire cat), fight really well, etc

Fears: Kat is scared of suffocating. In one battle, the creature she bit spurted a black oil like substance into her mouth. It solidified and blocked her airway. She nearly died.

Extra: Kat's eyepatch isn't really an eyepatch. It's an alien AI called Ceno. When needed, Kat and Ceno morph together. This allows Kat to project where she plans to teleport during battle to plan a more effective attack. She never takes Ceno off.

- Tongue is forked, with a piercing on both sides.

Image has watermark to hopefully avoid theft. I have paid for this art piece, and own character

Nickname: Winnie, Cookie Monster (Don't call her this unless you want to die)

Weight: "HOW DARE YOU ASK A LADY THAT"

Dislikes: Cereal (Don't ask her why),

Personality/info: Annoying as f*ck, but very loyal. Known as a demon of mischief. Has an entire petting room in her bedroom. Reptiles, birds, fish, etc. Not afraid to throw hands if disrespected. Will scarf down a package of cookies in such an inhuman and unladylike way that it scares people. Hair can grow and shorten with mood.

Image is watermarked to hopefully avoid theft. I paid for this character and have all rights.

Name: Chloe Marie Laprell
Age: Can be any age to fit any rp
Gender: Female
RP type: She'll mostly be used for Harry Potter roleplays, but she can be used for others with minor tweaks to design.
Hogwarts House: Slytherin
Height: 5'5"
Build: Slim build, fine muscle. In good shape
Likes: Animals, herbology (plants), making friends
Dislikes: Cereal (no explanation)
Personality: Very cheerful and friendly. Chloe has severe ADHD and tends to talk faster than horses on a race track. She's very easy going but she won't hesitate to hurt someone who does her loved ones wrong. Had a very abusive childhood so she can be seen as a little withdrawn at first. But means well.
Info: Lives with the Malfoy's in Malfoy Manor. Parents worked for Voldemort but were killed when they were found to be traitors. Was taken in by Lucius and Narcissa, raised with Draco. Lucius was a very angry and abusive man. He starved, beat, and locked her in the dungeon constantly. Lucius forces Chloe to join Voldemorts army sometime in 4th year, but she ends up following her parents path and betrays them. She is considered one of Voldemorts prized pupils due to her known loyalty to him, though this clearly isn't true.


Biography: Adrian had always had a fear of water for the most part it was because he had almost drowned as a child. Strangely enough a creature that resembled a mermaid saved him, but he never saw the creature again. From that day he always knew the oceans had more to offer then they knew of. Years later that same encounter made him want to become a marine biologist.

Nimue Averly was the daughter of lucifer, born to a witch and the king of the underworld. Her father didnt want her so her mother raised her but she was burned alive by humans hateful humans. She grew up mostly on her own from 10 years of age. She started to run with the mafia and was an absolute mafia queen she had people in the highest of places..and the lowest, Her demon side could not feed itself properly with the consumption of souls so now she was bound to a sex addiction that wouldn't stop unless she fed her demon side with human souls. From her witch mother she got nature and water powers but from her father she got the air, fire, and demon side now she can glitch through any substance. Black goo leaks from her eyes and nose and mouth from time to time and her body becomes engulfed with black shadows and red horns , She grew up wanting to be a normal human, but now she embraces these powers and uses them to control her way to the top of the food chain. Now her father was sending his top demons after her to kill her because she was a threat to his throne. Her name meant "The rightful keeper of the underworld" and this was extremely true.

She is walking in the streets of Shiirhuang in the evening. What changed about her? Not much, in character, she is the usual cunning troublemaker but now she even learnt Shinobi tricks from Deidara.
She is still working on making her own particular clothes in goth style but avoids to show much of the sexy stuff when she is wandering alone. She is even more lonely than before and openly likes women - or close. She is not obsessed about WonZi but has a crush for Hazel.

Biography: Much like Ariel from The Little Mermaid, Winnifred always had a fascination with humans and the trinkets she could find from them. Often fantasizing what life would be like if she was born with two legs instead of a tail. She has long been on her own, rejected by her pod (a colony of mermaids and mermen) so she travels the seas, often spending time on beaches where no humans typically go.