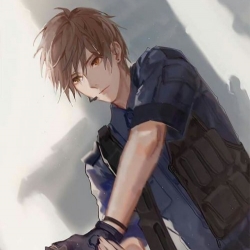 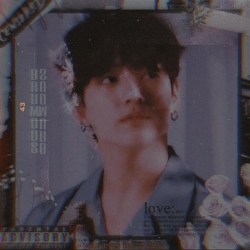 Whose brow is laid in thorn

➸ - Name: Ri
➸ - Pronouns: He/Him or They/Them
➸ - Nationality: British so expect replies at like 3am your time
➸ - Years of RP experience: 6/7 years so far
➸ - Writing Style: Tries to be literate though I can have an off day where my replies may seem a little short.

Alright let us get this out of the way.
1. English only. I can speak German and Danish but, I will only roleplay in English.
2. No one-liners unless it somehow fits the roleplay. Otherwise NO.
3. Please do not rush me, I will not rush you nor expect fast replies. We all have lives, yes?
4. I will NOT roleplay anything overly cute that speaks in baby speak. I hate this whole UwU speech. Do not ask me to do it.
5. Please try to be somewhat decent with your grammar and spelling. I won't judge you if you're not the best cause I am not either, German is my first language after all. But If I can not understand what you mean then sorry we won't be roleplaying together.
6. If I say I refuse to play a certain character do not push me to do it still.
7. No god-modding, no overpowered OCs. I will leave you right then and there.
8. Never write my character's replies/reactions for me.
9. No romance without plot.
10. Do not give me a character to rp just to fulfill some weird fantasy of yours. I will only play my own OCs and fandom canon characters.
11. No underage roleplays.
12. No school roleplays.
13. Please be m*tu*e. I'm not here to entertain children.
14. Tell me if something is wrong or I bore you. Try to not just leave me hanging if you decide to suddenly stop our roleplay, please. I will aspire to do the same for you.

If I think of any more rules they'll be added here.

⚠️Disclaimer
All these fetishes are the admin's personal tastes. That does not mean they "have" to be all used in roleplay. The Admin is also a Switch sub. He'll be able to use those on you as much as he'll probably want you to use them on him. Your own kinks if not in this list can be shared with the admin that will be more than glad to include them to the roleplay if it's not in the " No no zone " part of the list. Have fun reading ♡

➸ - I'll try my best to match your length and I hope you'll do the same, though everyone has their off days!

➸ - If English isn't your first language all I ask is you try your best, even as a native speaker I make mistakes.

➸ - I tend to play Zelda in a somewhat independent portrayal, if this is something you're against, feel free to avoid me, I won't take it personally.

➸ - Romantic chemistry in DMs doesn't translate to chemistry ooc or even in the stream, just my way of keeping things separate and easy.

➸ - If I don't reply immediately I'm most likely asleep or busy! Time zones are very hard to keep track of and I'm just a sleepy/busy person in general.
If I take longer than a day or so without a message to say I'll get back to you, feel free to shoot me a reminder message!

➸ - Not a huge fan of sm*t, though I may roleplay it on occasion if a good story leads to it.

⠀⠀⠀These may be expanded on in future!

Threat and bribe after threat and bribe, he manages to get a path to follow regarding the disappeared prince: a very suspicious looking water maid, leaving the city together with a girl.
People weren't able to tell the name or family the girl belonged to, but Jin and his men managed to get an identikit of WonMin. And since she is the first and only clue they have, soon enough her face appears in a bunch of posters all over the city, wanting her alive and to be brought straight to Jin.

✦ Dislikes: Being told to calm down, being lectured, having to dress normally, having no freedom, and having to be active.

✦ Fears: N/A
✦ Illnesses: N/A
==========
✦ Ability: The jury is still out on whether she actually has any magical powers, though things always tend to go in her favor.

✦ Backstory: TBW (to be written)

*This is a persona for casual roleplays, but I still consider this a real character.
So, if I use this character in our roleplay don't think I'm not serious about my replies!
Although this character and my username share the same name, information about her will not be accurate to me.

Height: 5' 4"
Weight: 143 lbs.
Hair: Short, bouncy, pink dyed hair.
Eyes: Red and pink tints.
Limb Dexterity: She has quick reflexes, and takes frequent classes in martial arts.
Detailed Physical Description( Can be replaced with a photo instead):
The picture is featured below.

Personality/Attitude: She is typically shy and apathetic at first. But more exposure will usually get her to warm up to people. She blushes easily and is prone to social anxiety, and that is why she is cautious to approach new people. Tompson values knowing about who you really are on the inside, instead of the face you present to everyone else. She also understands that not everyone will be able to share who they are.
Skills/Talents: Tompson enjoys martial arts, and wants to improve on it. She will draw frequently, and enjoys making portraits of her family, including her cat.
Favourites/Likes: Always having the ability to defend yourself, drawings, pinterest aesthetic posts, sport animes, baggy clothes.
Most Hated/Dislikes: Sleeping in too late, long school assignments, being bored.
Goals/Ambitions: Graduate with honors.
Strengths: Cute appearance, persuasive nature, physical strength, bilingual.
Weaknesses: Passive people's criticism, shy, habit of socially isolating self.
Fears: Missing opportunities that help her.
Hobbies/Interests: Drawing, martial arts, singing(privately), learning piano.
Regular Routine: Likes to study after school, but can't sit for long. Drawing in and out of class, speaking with friends, and going to martial arts class throughout the week.
Philosophy of Life: A family is something you make yourself.
Attitude Toward Death: Idealistic, a little naive to how we die and chooses to focus on living instead.
Religion/Beliefs: She goes to church with her grandparents, but does not
feel the need to believe in a god.
Fetishes/Strange Behaviors: When thinking, she will bite the inside of her cheek. When lying, she looks to the bottom left.
Most Instructive/Painful/Memorable Experience: Had a toxic friendship back in middle school.
Sexual Preference/Experience/Values: Tompson is heterosexual.
Education/Special Training: Martial Arts.
Place/Type of Residence: 2 story house in the suburbs.
Occupation: (Depending on roleplay) Has a job at a bookstore.
Place of Work: Bookstore that sells novels, comics, manga, and magazines.
Work-related Skills: Talking with customers politely. Good at handling work-related conflict.
Past Occupations: Used to dust her grandmother's place for a quarter until she moved in with them.
Memberships: None.

Definition of superpower : The user can fire off a white light from their body. If the light makes contact with any form of electricity it can immediately shut it down. The user can cause strain to head (which may result in severe headaches) to increase the power and range of their beams

Bio : Kurinishi lives in a small, poor town, with his younger sister and his father. At the age of 14, his mother died while being in a building that was crashing down. Ever since then, he had been living with his younger sister, and his father. Kurinishi lives in a world full of monsters, people with superpowers, and more. (So kind of like MHA, but a bit different.)

Hair Color : Light pastel red
Eye Color : Hazel
Favorite Color : Black and Red
Favorite Food : Sushi
Habits : None
Hobbies : Not much ; Writing in his journal, which he calls it his 'Dream Diary'

Jay the God of power

Jay has gained power so much power hes unstopable and now is the God of all the universes and his name is....

Weaknesses:cant stay in this form forever it drains energy to operate

These hands are small,
Cute and soft,
Scarred but goes unnoticed.
These hands might not be of those who served,
But my hands have fought other limbs,
Gripped blades and broken shards,
My hands held the prescriptions of the streets.
They've held what we called happy juice.
These hands wiped tears,
Of myself and others.
They caressed so many faces of friends and family,
Other loved ones.
I have created pain with these hands long ago,
I was careless.
Made high fives just for play.
These hands held lifeless bodies.
These hands held limp hands.
They are my hands.. well taken care of.

I do not usually condone these sort of blogs but to fully satiate your curiosity I will divulge certain information.

I. My knowledge of the DCU is mostly from movies, television programmes and games. I have not yet fully immersed myself in comics, but I am starting to read a few volumes of the Birds of Prey. Do not criticise me about the lack of knowledge when it comes to the comics or I WILL find something to critique you on.

II. My personal life, the life I lead away from the screen, is of no importance to you. I prefer to keep a distance between my personal life and roleplay life. What I can divulge is that I’m 100% woman and over the age of 21.

III. I must admit that I can come off as being blunt or really cold but that’s just how I have always been and I can tend to be rude without knowing it. So if I do sound like I am insulting you or being very harsh for no particular reason, just mention it to me and I will apologise.

IIII. In my opinion, Oliver Queen’s true love interest is Dinah Lance or in Arrow’s case Laurel Lance. They did her dirty by pairing Oliver with Felicity!! And yes folks I am a big Anti-Olicity person.