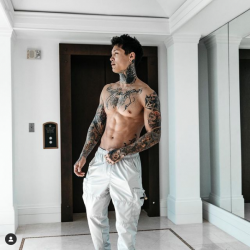 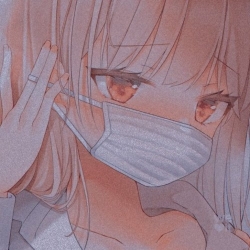 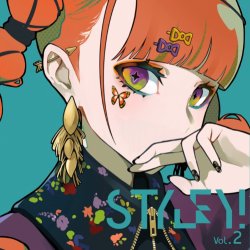 these and other lucky witnesses. now to calm me

About Her
Personality: Extroverted
Occupation:
- University Librarian Assistant (Formally)
- YouTuber/Streamer (Full-Time)
- Professional Skateboarder (Part-Time)
Likes:
- Skateboards
- Guns
- Weapons
- Talking to her Friends
- Helping others
Dislikes:
- People Judging her.
- Toxicity
- Bullying
- Being talked down to.
- Chihuahuas
Hobbies: Many
Fears: Offending people.
Strength: Her Military Training
Weakness: Overthinking
Talents: She has an IQ of 175 and can perfect any skill that she tries. She also speaks 14 different languages.

Extra:
- Scars: A few from life.
- Piercings: None
- Tattoos: None
- Scent: Cinnamon
- Other: Birthmark on her hip

(once more, changes can/will be made. i may even add on..)

❥ If you’re the type of person to write one-liners, don’t bother. I do para- multi-para, and novella. Semi is acceptable in case of a writer’s block situation.

❥ Third-person is preferred so I won’t roleplay with those who use first-person.. sorry!

❥ Don't control my character unless I allow you to do so!!

❥ We all have a life outside this website, so don’t expect me to always respond right away please. I won't expect it from you either.

❥ Please don't just expect sm*t out of me, mind you I like er*t*ca but I prefer a buildup rather than to just get into it.

❥ Do not just message me with a starter, talk to me either IC or put and indication that you're speaking to me OOC so we can chat first and see where it goes!

❥ If I decline your add the first time and you continue to send requests that's an immediate block!

❥ We all have actual feelings outside of roleplaying, so if you have any serious triggers please let me know ahead of time and I'll do the same for you since I want us each to have a great rp!

!! IF YOU READ EVERYTHING PLEASE HEART THIS POST, THANK YOU !!

I'm a pretty chill guy, but I do have some rules. So, just respect them and we'll be good!

1. No God-modding! I cannot tell you how much this irks me!

2. No kind of racism, homophobia, transphobia, sexism, etc! I don't wanna see any of the icky sh*t anywhere near my goddamn account. I will insta-block without a second thought.

3. Please don't come to me for any kind of ooc drama. I don't have the patience for it. Likely, I don't give enough of a sh*t about you to deal with it. So I will probably just block.

4. This is my account, I will portray Quentin how I see fit. I go along canon a good bit, but I obviously have my own thoughts regarding him. So, please don't argue with me if you disagree with a headcanon or something.

5. I get distracted very easily. I can't really help it. That being said, don't rush me for replies. I might be busy. I might just not want to reply in the moment. Whatever the reason is, I will eventually reply.

6. Don't come at me for an ooc relationship. I have a wonderful boyfriend.

7. I beg you to just have decent grammar when we roleplay. (Use text talk only ooc, please. Full words when roleplaying.) I just need to understand what you're saying when you write. I understand occasional mistakes of course.

Hi, I'm Zak. I'm just a local dipsh*t with too many accounts on this damned site. I'm bi and transmasc. Uhhh- Been roleplaying for aboooout 6 years? Give or take? I don't know, I still suck at it despite that. I have Discord, so feel free to ask for that! And if anyone wants to play DBD, I'm willing to pass on my tag there too!

I’m on a trip so might take a little to respond! Sorry!!

⍤⃝♡｡:° ❥ WHATS_WITH_THE_PLUM_FACE? ,, (๑•́ -•̀) .
.. “ the second i tried to tell myself i wasn't in love was the moment i realized i was, “ / appearance.
5'9-10. medium, cinnamon toned skin. tends to wear classy, high-fashion clothes, mostly non-
revealing, due to her family's control. she doesn't have any tattoos or piercings other than her ears.
she has pouty, plump lips, straight white teeth with a gap at the front, and freckles sporadically visible
on her cheeks, the bridge of her nose and on her shoulders.
almost always wears dresses no matter the setting. loves lace, mesh and frilly dresses, as well as silk,
and floral sundresses. she has naturally curly-beach waves, onyx brown eyes. usually has simple, short
acrylics in muted, nude colors and/or white. wears eyelash extensions and has her teeth whitened often.
general scent: sunlit citrus, soft rose and apple. her physique is very petite, very slim.

✧˖*°࿐ MINE_IN_ANOTHER_LIFETIME! ,, (꜆꜄ ˃ ³ ˂)꜆꜄꜆ .
.. “ if this is my heartache, then let it be mine to endure, “ / connections, current + past.
family: cristian dalisay (father) + valentina dalisay (mother, deceased). no siblings. marco dalisay (uncle).
***,, her relationship with family is unstable.

the things that were done to her by them is unbelieveable for many.
hesitantly, but she will let those important to her know eventually.
--
> current_siginifcant_other: none.
past_relationships: none. she was in love once, but it wasn't even pursued.
current_pets: aspen (oriental short hair kitten, snow white color)

◌¨̮͚ *.ﾟ TELL_THEM_I_WAS_THE_WARMEST_PLACE_YOU_KNEW .. ! ,, (◞‸◟ㆀ)♡ .
.. “ and tell them that you turned me cold, “ / habits, physical+verbal.
> habits__physical: hates and avoids physical contact at all costs. usually keeps a straight,
emotionless face. due to her abusive background, she never lets anyone know the things
she cares about. a lot of expressive motions are missing from her general behavior.
twirls hair when anxious, taps on the table when impatient, shakes her leg when nervous.
jolts away from physical touch. rarely keeps eye contact. her tone & voice is barely audible.

> habits__verbal: she's quiet and introverted, unless asked questions. rarely curses.
may come off as rude and ignorant due to being quiet and reserved. when being flustered,
she's even more silent than usual. despite that, once she's comfortable enough to open up,
it's hard to stop her. generally likes talking about her interests when close to someone.