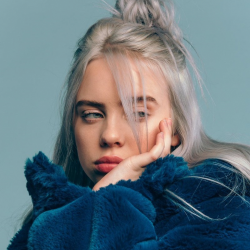 - Physically flexible, can bend various limbs to his will. Is double jointed and is very athletic.

- Claustrophobic, likes to move around so small spaces make him jittery.

- Being shown compassion as stated above. Can break down emotionally when someone tries to be nice to him.

Korudo was born with ADHD (Attention Deficit Hyperactive Disorder). It was so severe that anytime his parents didn't get what he wanted, he'd throw a major fit. He was a spoiled boy in a rich household, although his father and mother were divorced they lived in the same household, for Korudo.

When he was 12, he loved to watch shows like Samurai Jack and Naruto. He wanted to be a ninja so bad he made his mom buy him a real sword. It was the shape of a katana but instead with much thicker and stronger metal. The type of metal is unknown and to this day it is strong enough to withstand bullets, and much more.

Korudo decided he wanted to live like his favorite character, Naruto. And so a major impulse induced him to run away. His family looked for him for months, until assuming he was dead. He wasn't far from it, either. For 4 years he started robbing people for money. He loved money. Mostly because he loved food. And money buys food. He never thought to rob a store for food directly, but how could he? He had a sword.

Korudo would wait for people to pass by various alleyways at night, and take all their money. To drive fear in their hearts all he needed to do was place the blade to their neck from behind. He would get into underground fighting arenas to fight for money as well, somehow he would win, but cheaply. He knew many dirty tricks to fighting. Like pressure points and physical male/female weaknesses.

Overtime, Korudo lost his humanity, after 3 years he regret running away but it was too late. Not enough human interaction led him to become someone he isn't.

By age 15 he'd finally caved in. He'd made his first friend in years. Whom was a young boy such as himself, but the boy came from an RV Park, living in poverty. He used Korudo, for the money he got. Korudo finally noticed when the boy used Korudo's own sword to stab him in the shoulder. Taking a month's worth of savings for the both and running away with it.

The worst part was that Korudo had fallen in love with him, had trusted him. Korudo's pain and denial clouded his judgement. He'd decided to never trust again, to never love again. His heart was broken for the first time. And he'd tried to make sure it was the last.

as taehyung's firstly discovered alter, jupiter prides himself on
holding the system together. quick to anger with violent tendencies,
jupiter tries to keep not only taehyung, but his fellow alters in check.
he isn't one for taking bad behaviors and holds a high sense of self
importance. jupiter is commonly brought out by the frustrations or
bottled up stress taehyung holds in his daily life. he boasts often about
being the "only reason" that taehyung is even still alive since he has
such quick reflexes and knowledge of the way people function.

EARLY LIFE:
Clinton "Clint" Barton was the son of Harold Barton and Edith Barton. He grew up working in his father's Butchers shop in Waverly, Iowa with his older brother, Barney. Their father was abusive, especially when he drank and continually beat his young boys like Clint; Barney taught Clint how to fight and helped him to improve his aim.

Harold's drinking eventually cost him his life along with his wife when both died in a car accident. Clint and Barney were sent to numerous foster homes; while running away from one of them, they encountered and joined a traveling circus where the pair worked as roustabouts.

While a member of the circus, Clint was trained by the original Swordsman and by Trick Shot. Clint later found the Swordsman embezzling money from the carnival. Before he could turn his mentor over to the authorities, Clint was beaten and left for dead, allowing the Swordsman to escape town. Clint's relationship with his brother Barney and Trick Shot soon deteriorated as well.

BECOMING HAWKEYE
Clint adapted his archery skills to become a star carnival attraction, a master archer called "Hawkeye", otherwise known as “The World’s Greatest Marksman”. He spent some time as a member of Tiboldt's Circus. Witnessing Iron Man in action, Barton attempted to emulate him by donning a colorful costume and employing his archery skills to fight crime. However, during his first public appearance, Hawkeye was mistaken for a thief by police. The Black Widow enlisted him as her partner and they clashed with Iron Man on several occasions.

HOW CLINT BECAME DEAF
Clint was deafened by the Clown, who jammed Hawkeye's own arrows into both of Hawkeye's ears, causing damage to the middle and inner ears. He remained largely deaf, and used sign language, and lip-reading to understand those around him while using verbal speech to communicate with them. He later started using hearing aids created by Tony Stark.

JOINING THE AVENGERS AND TIME SPENT INDEPENDENTLY
After the events of the first Avengers movie, Clint Barton moved into this small apartment building in Bedford-Stuyvesant, Brooklyn. He felt like he wasn't welcomed after everything he did while under Loki's control. Clint quickly became friendly with his neighbors especially during their nightly potluck gatherings on the roof of the building.

When the landlord Ivan Banionis began raising the rent and Ivan's tracksuit goons began harassing the tenants to force them to move so the building could be sold, Hawkeye forcibly purchased the building using the money he inherited from his brother.

GETTING LUCKY
Arrow is a dog originally belonging to Ivan Banionis and the "Tracksuit Mafia". Clint Barton showed him some kindness, and Arrow repaid Hawkeye by attacking one of Ivan's men who was shooting at him.

Arrow paid a high price for saving Hawkeye though, as Ivan's men beat him and threw him into traffic. He barely survived, and Hawkeye rushed him to a veterinary hospital. Arrow made it through the surgeries, but lost use of his left eye. Hawkeye then took ownership of the dog, and renamed him "Lucky".

AGE OF ULTRON
Clint received a call from Natasha three months after leaving asking if he could help them raid a Hydra facility in Sokovia. He hesitantly agrees to help and the events of the second movie happen.

[ NOTE: ] My version of Clint does not have a wife and three kids. So just skip over the family introduction in Age of Ultron if you follow the movies. Clint owns the farm house by himself.

BACK WITH THE AVENGERS
Clint is now back working the Avengers, and occasionally S.H.I.E.L.D., and currently lives in the Avengers Tower, this time with Lucky. He still owns the apartment building in Bedford-Stuyvesant, Brooklyn, which he'll sometimes visit to check up with his residents.

kim taehyung was born on december 30, 1999. he grew up in a
small suburb of daegu with his mother and older sister, who he was
very close to. at the age of fourteen, taehyung was a victim of abuse
by his mother, who began drinking. without a way to cope, his sister
fell into a cycle of crime, leading taehyung to fall into depression.
out of his trauma, one by one taehyung developed three different
identities, or "alters," all of which had been unveiled by the
time he was eighteen. picking up a job, he gathered enough money
to visit a psychiatrist and get enough treatment for his mental health.

in the present, taehyung studies theater and enjoys to sing and bake
in his spare time. still unable to control any shifts in identity, his alters
still come to play at what seemed to be the most inconvenient times.