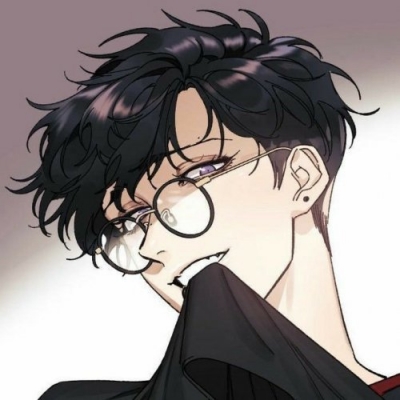 (Hero)
16 / Male / Single
North Carolina - United States
Thanks for checking out my profile but I'm kinda shy but really friendly so don't be afraid to send me a message. I rp lots of characters and even my own OC's but lol I can't think right now.
Bit more interested in romantic or srp (when it comes to my OC's- not typically sexual with fandom characters o3o but shipping is fine)
Check out my photo albums ^^

If you wanna rp with me more or something or just message me where I'll see it sooner
╔⊶⊶⊶⊶⊶⊶⊶⊶✞⊷⊷⊷⊷⊷⊷⊷⊷╗
My Discord is IllumisL'OréalHair#7059
My Insta is wow_some_dude
╚⊶⊶⊶⊶⊶⊶⊶⊶✞⊷⊷⊷⊷⊷⊷⊷⊷╝
Does anyone like Hetalia anymore? lol

Serban- A vampire dude who meets the stereotypes, dark, tall and flirty. He's also pretty friendly unless to someone who gives him bad vibes. He likes to play with his food and typically prefers females because he finds them cute to mess with but he will still seduce men if he pleases. Serban spends most of his time with his food. He likes the feeling of connecting with them and seducing them. Sometimes, if the connection with his prey get too strong, he forgets they were even prey until he gets hungry and they happen to be around.

Sedia- A chick dealing with mental illnesses. She's pretty much always stressed about the way people perceive her and is pretty stubborn. As much as she cant believe someone would like her, she wants more than anything to be treated as a queen and loves being adored. (there's obv more to her but i mean- this is just short stuff) Her overall personality changes depending on the age of her but the description are characteristics that 'typically' stick with her.

Jacob - A chill guy who has no worries. He's been learning Japanese in his spare time, as in when he isn't watching anime. He used to be quite lazy but after finding somethings out about himself, he gained a better mentality and tries his best to take care of himself.

Sunny- An overall joyous girl with the brightest personality. She's very friendly and outgoing. She likes to draw cute chibi things and has the mentality of an 8 year old. She is the oldest of her 3 sisters and knows Korean and English (middle kid is too much of a Mary sue right now for me to rp so haha no).

Simon- He is a big nerd. Obsessed with fictional literature, (interested in but not researching) astronomical science, psychology, and anything to do with fossilized organisms. He is bilingual (French and English) and enjoys speaking to anyone who even remotely understands him. He also dislikes Jacob but no one really knew why. He can be friendly but honestly, he'd probably rather be researching or reading than interacting with anyone unless they want to rant to him about something, he tends to find it fascinating.

Elizabeth- She is an Assassin/Hitman, she doesn't care who her target is. She travels the world for her job and stays professional throughout. She takes identities and changes her appearance if needed. Elizabeth isn't even their name, just one of the few people they change into. They did get close to someone before, and was so scared he'd become a target that she tried to run as far away from him as possible to not gain more feelings than they already had.

Alfred- A nice guy who's Canadian-American, living in America since he was around 5. He likes to play guitar and sing with people, always leaving about an hour of every other day to sing. Even though he likes duets, relationship wise he's usually solo. He's not yet sure what he's looking for in a partner and coming to terms that maybe he wasn't born with a soulmate or something like that. He just hasn't clicked with anyone.

You guys should check out my photos uwu