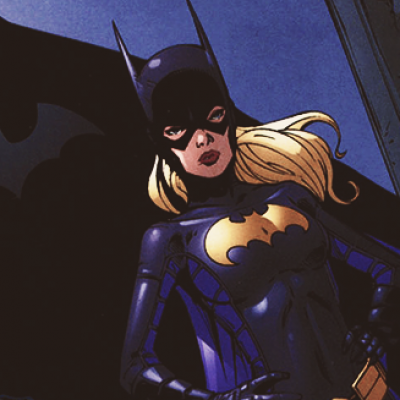 (Stephanie Brown)
21 / Female / In a Relationship
Gotham, New Jersey - United States
"My name is Stephanie Brown
I've been a Robin
I've been a Spoiler
And now I'm...
I'm seeing something through
Which is kind of a big deal for me"

Info on how I play Stephanie: www.roleplay.me/blog/223689

I've been a roleplayer for the majority of my life, and specialize in comic roleplay in particular! My two main characters I'll play as are Stephanie Brown(Batgirl era) and Harley Quinn(pre reboot, specifically), but I also enjoy playing Barbara Gordon a lot!
Any roleplay requests that involve sm*t or any sexual content will be immediately blocked!
Willing to do ship roleplays involving Tim/Steph, Harley/Joker and Barbara/Dick! (Though with Harley I'm not comfortable doing explicitly romantic roleplays, it's more like I play her as relatively flirty with J)
.   .   .

OmohMagi
Hey, would you be interested in a Tim Drake/Stephanie Brown roleplay?
Oct 29th 2020 19:52