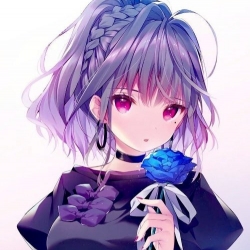 I am looking for any rpers from dc and marvel. I have two groups that are in need of characters, the roleplay groups are on a different rp site

RULES:
1.be active, do not ghost the group: when we tag you please dont wait a whole week to reply, tagging you means we need you now in the rp.
2. Be kind and let us know if you are going to be offline for a few days: this is IMPORTANT because lately some roleplayers go offline for a certain period of time
3. When you join i will send a link to the group you choose and then you will have to fill a character sheet
4.keep up with the rp: this rule is mostly for arrowverse group especially since we have rp archs for the storyline, like right now is the first arrow and flash teamup
5. For xaiver high school, you will need to list crush and school year like sophmore, freshman, senior or junior

CHARACTERS NEEDED FOR ARROWVERSE Group:
Batwoman
Bruce wayne
Oliver queen
Caitlyn snow/Killer frost
Saturn girl
white canary/sara
Alex danver
Felicity smoke
Any others not mentioned
We usually would allow ocs but currently we havent found anyone with ocs that can keep up with the roleplay