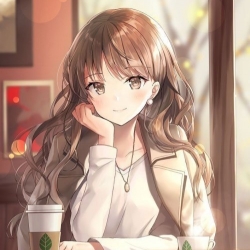 Comicwolf replied to OverAndOver's topic
It depends, do you want romance or more platonic

Comicwolf replied to Comicwolf's topic
Hello there im looking to roleplay agianst these characters with my oc, i would love to do romance if able.

On the search for lucifer morningstar

Comicwolf replied to Comicwolf's topic
Rules:
1. Know atleast season one or more of lucifer
2. Know what arrowverse is
3. Mxf only no mxm
4. Two sentences, or more, unless you write lesser. I write one or more paragraphs depending on the rp.
5. Be able to rp the background characters. In this one im usually the one who roleplay the other characters while the rper just rps as the character. Which is ok but i prefer if we both were able to rp the character and the side ones.


Im in need of a rper for two ideas:
1. Lucifer, a half wolf/fallen angel/demon. One night while lucifer was at lex, his wolf scent start to catch a scent of his mate...he followed it only to find a group a thugs in a alleyway and a female vigilantie tying them up. He tried to follow her but loses track of her. Will they meet agian or will she try to avoid him?
2. after crisis (from crisis on infinate earths) destroy his earth, lucifer appears on earth one and while trying to get ajusted to this earth staying in starling city, he gets involved with men in white after a young woman, he decides to help protect my oc. But he must also avoid the angel guards of this earth as well. Can he protect her from the people after her or will they hurt each other by telling the truth to each other. As white archer she finds demons who must be sent to judgement and captures them

If you are intrested message me.

Looking for characters with new ideas