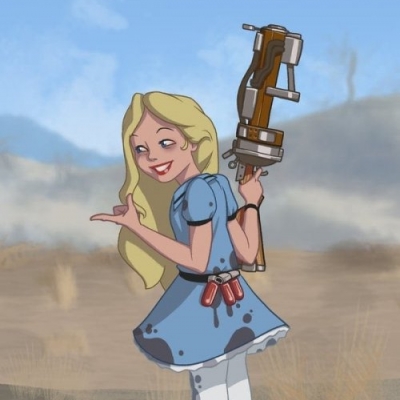 (Some One)
26 / Other / Single
Camulodunum, United Kingdom
Greetings be bestowed upon you - brave soul who ventured into the abyss of my debauchery! What can I say? I am here to find people to roleplay with on discord or kik. I repeat - On. Discord. Or. Kik! O N L Y! I roleplay both female and male characters, am pan and can take both dominant and submissive roles (But I am not interested in full subs, sorry 'bout that guv'rnor!) While I prefer bi/pan partners I can also roll with some of y'all staight-o's for some stuff! So everyone's welcum, almost everyone that is! Yep yep talking ta ya you full subs! I do third person big para/multi-para style of rp. One-liners line up to the exit-line!

I like rping original fiction such as medieval fantasy, ancient mythological, industrial-steampunk and very-maybe post-apocalyptic. I also LOVE role-playing fiction such as games and cartoons. Yes yes as you may have guessed I am a naughty rule-breaker and >>that<< kind of roleplay is what I seek too, in that regard I can be as much of a degenerate (if not more) as my profile picture! So really, throw your best and worst at me! As long as it doesn't involve stuff like huge sizes, inflations, pregnancies or such. So the games and toons I'd rp are following: