Forum > Out of Character > DISCUSSION: being God? 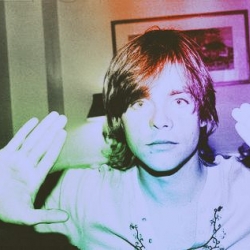 I'm just curious what you all think of the theory that everyone as individuals are God?

What's so goofy about it?

I see where you're point is coming from, and I'm not saying I believe every human is God, but from reading I know that they have two opinions on the animal thing:

> We /are/ animals, so the other animals included.
or,
> God is someone who decides who lives and who dies, we as a human species very easily do that with WILD animals and all. It's not trying to be mean, it's just the way it is.

I think the belief could be classified as goofy but I think it's interesting to think about and not rule out as any possibility, as there's many possibilities for virtually anything.

If we are each gods, who do we guide, who serves us? When we need guidance, who do we turn to?

With the internet comes all knowledge. Every truth, every lie, everything important enough to type out or record is right here. Do we still feel like we are nothing?

I've never thought of all humans being god. I think it depends on what the person's definition of a god is, since their is so many different definitions. I personally dislike the thought of everyone being god, but in a way I understand.

I thought of it this way: The most richest, powerfulest, and most important person in a country or a powerful land, could be considered a god, since people like that tend to be included in shady stuff that gets swept under the rug because they're reputation doesn't need to be ruined, in some people's opinion.

So it is like... a food change or a race in a way? I think race would be easier for me to example for me to explain. We all school races where they made us do laps, until some fat kid that smells like actual sh*t and mols runs you over, f*** you Mich. That's not the point, trailing off, sorry!

But it's like a race. All types of people start at a different section of the race, some are ahead while others are behind. The further ahead they are, the more god like they are and more control the have, which brings a sense of immense powerlessness.

So to shorten it: Yeah, I think some people are god-like, but not in the sense some people may be thinking. It's f***ed up, but what can we do? Nothing it seems like.

Faith is all about interpretation, the fact that we are god's creation does not mean that god is us. if you were to build a house would that house be you? god does not decide who lives or dies as to say somebody would live longer than another, god views all his creations equally. The length of your life is decided by your own choices. To quote Thomas Gray, "Ignorance is bliss" do not think about such things too much, we cannot hope to understand such matters.

Oh, discussing modern gnosticism are we. And history continues.