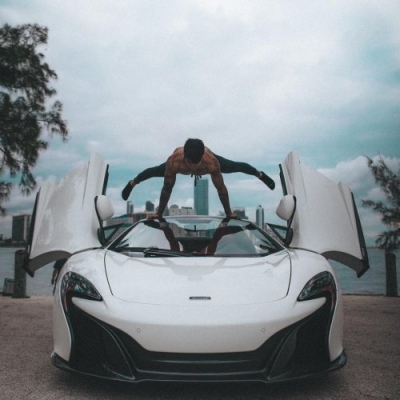 
About Me:
Founder and CEO of the fitness program ThenX, a workout routine involving calisthenics and weights. Also founded the Calisthenics Academy and became a BarStarzz sponsored athlete.

Early years:
I graduated from St. Brendan High School in Miami, Florida in 2008 and went onto doing no such great things in life until finally getting my life on track at age 23.

Since then:
Ive represented the United States in the Street Workout World Championship and created a decently successful youtube channel.
.   .   .

Goldleaf
"On the plus side I've turned around and now you're all I see so that must mean something." She smiled sweetly
Apr 17th 2020 19:24