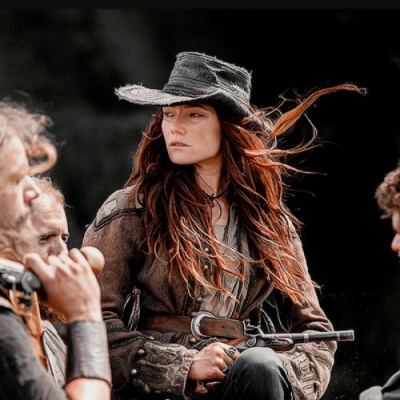 (Cassandra Stills)
21 / Female / Single
Ohio - United States
“Mate, I was once as much a subject of the Crown as you are. However, that time passed. And, judging by where you’re currently standing, I don’t think you’re exactly in the best position to be making declarations of loyalty.”

Alright then, I'm Jessica. I play OCs, the main of which is a pirate by the name of Cassandra Stills, though she has several AUs that can be applied to her, including an Outlaw!AU for Wild West themes and a Modern!AU, and I'm willing to adapt further. Though she is my main, I also have a couple of others, feel free to ask. I'm open to most anything.
.   .   .