Forum > Crossover > the horrers of the multiversal center (crossover r

In the middle of the multiverse is a group in control large planet who seeks to take it over, but the god of all the multiverse made a deal with them if they could eradicate the the strongest Heros or villain's they could find and if they all died they would have no resistance in there quest our protags and antags will have to survive and not kill eachother or they could there is nothing preventing them (except my rules.) and there all trapped on the planet

2.no killing another person's character without there permission

3.no more than 3 characters per person

6.use already everything ony bio template

Appearance(i don't have a photo

Personality): doesn't like organic biengs so he calls them meatbags, he loves killing and has way to high self asteem, he is a master assasin droid who almost never misses a shot

Bio:after biengs built by Darth Reven to assasinate senators hk-47 became feared across the galaxy until reven's death where he took on a new master

Power/gear: he has an assortment of guns along with several other droid features 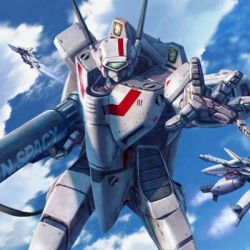 (You Accidentally made two post's about this) 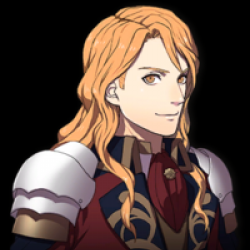 Name: Joseph Joestar
Age: 18
Gender: Male
Personality: a hotheaded yet smart individual who gets angered at the slightest provocation. In battle, Joseph is a formidable foe, often tricking his enemies by tainting them and overall making a complete fool of himself. He is quite clever in battle finding ways out of the most impossible of situations, whether it be noticing the weak points of his enemies or bluffing and bargaining his way through the situation. He's quite creative, being able to make literally everything into a weapon from bottles of oil to cola bottle lids.
Bio: a descendant of the Joestar family, Joseph Joestar was raised by his grandmother, Erina Pendleton and close family friend, Robert E.O. Speedwagon. In the past, Joseph's father was killed by a vampire and his mother having to go into hiding, therefore leading him to be raised by Erina and Speedwagon. Joseph learned Hamon at a young age, even saving Speedwagon at one point with his Hamon.
Powers/Gear: Joseph uses Hamon, a fighting techniques using the power of the sun through a controlled breathing method. Besides Hamon, Joseph uses his pair of American Clackers which can conduct Hamon.
Appearance: ((on the left))

Name: Caesar Anthonio Zeppeli
Age: 20
Gender: Male
Personality: Caesar, a lot like JoJo, is a very hot headed and arrogant young man, letting his emotions get the better of him most of the time. In battle, he mostly relies on his Hamon Bubbles, but even when he knows he's going to lose he fights til the end no matter the cost. Outside of battle, Caesar will often flirt with women.
Bio: a descendant of the Zeppeli family, when he was 10 years of age, his father Mario Zeppeli just abandoned Caesar and his siblings without warning causing Caesar to become a feared delinquent, slowly developing skills with Hamon. One day, Caesar found his father, following him with the intention to kill him. They entered a cave showing a depiction of the Pillar Men, however it was a trap and Mario sacrificed his life for Caesar therefore regaining Caesars respect and pride for his family name.
Powers/Gear: Caesar has a thin layer of soap on his skin which when combined with Hamon can launch bubbles, but not just ordinary bubbles these bubbles are infused with Caesar's Hamon therefore making them a lot tougher.
Appearance: ((on the right))

(everyone is accepted except the devil may cry character, for acceptance make the dragon stream power less OP)

(Are we gonna start this roleplay soon?)

rosalina woke up in a dense jungle "where am i?" she thought to herself untill coming across a robot who was a rusty red color, the robot powerd on and got up "greeting: hello i am HK-47 for saving me yourmy master, i'm here to kill organic meatbags that deserve death" he said "rosalina sighed and she continued walking

Joseph and Caesar awoke in a dense forest far different than any they've seen, what was also bizarre about this whole situation was how they were transported from the isolated Air Supplena Island to one of the thickest jungles they've ventured through. As they got up and controlled their breathing, the source of their Hamon, Joseph noticed two figures in the distance, one appeared to be a rusty futuristic robot and the other a blonde woman in a long blue dress. They approached Rosalina and HK-47 with the intention of gathering intel on where they are and how they got here.

Previous123456Next
You must be logged in to reply to this topic.