2. Don't take the RP to seriously

3.no killing another person's character without permission

Name:
Alias:(if any)
Age:
Gender:
Universe:
Personality:
Bio:
Possessions:(things they have with them)
Appearance 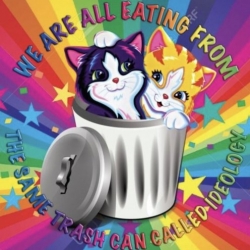 Personality: Niko is an incredibly kind child to the point of naivete. The world they were born in was peaceful, in their eight years of life Niko never faced much turmoil or hardships making them incredibly innocent to how dark life can be. Always willing to lend a hand or chat, Niko tends to become friends with most people that they meet, or at least good acquaintances when it comes to non tamed robots. The one thing that seems to irritate Niko the most is being called a cat prompting them to say "I'm not a cat! Cat's have four legs, I have two!" Niko often speaks with an entity no one else can hear by the name of "Player", often asking Player for advice or just small talk when they are lonely. Niko's all time favorite food is pancakes with hazelnut ground into the batter. Niko has no idea how to fight as they have never faced violence before, the closest thing to an actually fight they've been in was when Niko offered to play chess with a lonely robot. She wiped the floor with them.

Bio: Niko was born in a small village surrounded by endless fields of wheat and large forests full of hazelnut shrubs where they lived with their mother. Not much else is known of their home town as Niko never bothers describing much else aside from small details like how tall the wheat would grow and how it was fun to harvest. Niko's true journey started when one day they woke up in a bed that was not their own, in a world that definitely was not their own. This world was dying, and it was Niko's job to save it with the help of that world's god, Player. Niko was meant to find the dying world's sun and restore it to the giant tower in the center of the world in order to restore life giving light to the entire world, but took a nap and awoke in another totally different world, one that was in danger as well.

Possessions: A rather large lightbulb that Niko always carries with them, despite not being screwed into any walls it glows and is pleasantly warm to the touch. Niko is very hesitant to let other people hold it due to its value in the world it came from, stating that only one person was allowed to hold it besides them, that person being a dying plant girl who didn't want to feel so scared.