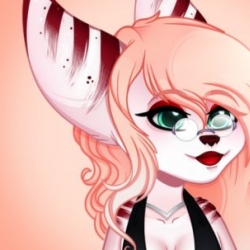 It's about a Doctor and his daughter.The Doctor was In the past an alcoholic but now he's married man what has children and is a Director of an Sanatorium.The Sanatorium is for Persons with Mental disability and one of them is his daughter.But this daughter isn't in the married relationship it means that she was made with a another woman and the another woman was from the Sanatorium,When the woman gave a birth and the child was on the word so the women was murdered by the Doctor. No one never should know about a doctor that had a baby with a woman of the Sanatorium. The Doctor let the baby and took care of her.Her father knows well that He has to hide her so he made a a secret room for her what Is behind the library. This Girl Had mental disorders because of her father (The Doctor).Since the childhood he gave her electroshocks,straightjacket,injections,Different pills And various operations like Brain surgery.The girl slowly grew up maybe that she looks like grow up but her mind was like a little baby so She didn't want to eat,The doctor couldn't watch on her How she mentally and physically destroy herself There was no such option as Nasogastric Feeding three times in the day. But so and so The Doctor Love her Like everything on world.He read her books an kiss her on the cheek before sleep,he wash her,he Combing her hair,he play with her games,sometimes he sleeps with her When He has overtime.The Doctor gives her a Comand to kill some of patients and she do it He let her go at night and she run up and down in the Sanatorium and kill some patients.
This will go for many years...
After many years, will come an inspection and there will be a friend of the Doctor.The Doctor (father) will do a Walk through the sanatorium the inspection will ask some questions and Of course this sanatorium is the best (In torture and suffering).When the inspection was Done and they was leaving so his friend stay with the Doctor in the office. His friend was asking if he still have drinking problems.He doesn't drink for a long time, and the sanatorium looks perfect.His friend noticed stranges sounds was coming from the library.So he asked the Doctor what is ther.The Doctor like a best friend tell him about a mistake what he have done and that he have a Daughter what have Mental disability.