Forum > Out of Character > Greatest roleplays ever. Just a place to gush about roleplays that you've had that we're really really good. 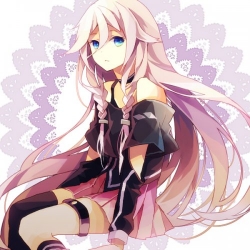 Our roleplay is fabulous. Does that count?

I have been doing an RP on discord for a year and a half now and I absolutely love it, granted we did reboot it to fic pat mistakes and to accommodate people leaving.

Oh man. This thread started long time ago. It wasn't just the role plays, it was the players I miss. Back in the days of dial up, instant message. Everyone I really enjoyed playing with are gone now. Miss them.

One great story I remember a lot about, Lord Brenden Elington. Grew up privileged. Hated his father's rules, the responsibilities of being 'noble.' Ran around with street urchins in the city. Got into trouble. Made plenty of it. Wasn't exactly a 'nice' guy.

In adulthood, he became a mercenary commander and a slaver. He and his men served another Lord. Stormed a castle. Confronted a knight on the battlefield. Delivered him a fatal wound. Lifted off the man's helmet to gloat. It was his father. Broken hearted returned his father to his mother. Inherited his title.

Ruled his small kingdom. Tried to be a 'good' man. But lust got the better of him. Would falsely accuse pretty peasant girls of witchcraft to get them into his dungeon.

Married a dragon. Had two sons, Tarrence, Garrent. Sailed away with a crew on a long voyage to the edge of the world. Was never heard from again.