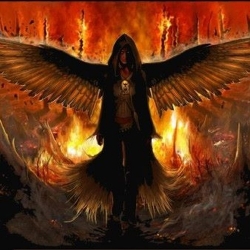 The year was 1892, the end of the century was coming up. And things weren't looking any better for your ground city of Entropia. Not to say things were bad, in fact things were going as normal. The shop you worked was just fine it... it just seemed like there could be so much more.

Entropia was a sea port city, you worked as an apprentice to Mr. Spalding, the owner of Spalding's [Insert shop proficiency here]. And every two weeks when the sea and airships would arrive with supplies you would take the day off to assist them. It felt really fun helping them load trinkets and foods off and listen to them go on about their adventures in the sea and skies.Doug?

Helping one of your sailor friends unload the rest of their cargo you notice the mayor of your city, Amelia Burgund, speaking with the airships captain. It had been among one of the few times she was ever seen outside of her manor. That wasn't to say she didn't want to, she loved her citizens and always requested that they treat her no more than a friend. She'd even made a donation to the store when things were going tough for you two.

As the world slowly became drained of the vast majority of its oil and resources everyone had to resort to using steam, heat, and solar power to stay alive. Most of the World outside of the major cities had been abandoned, leaving shallow husks. Some people began building civilizations in the sky of steel and steam. That was where a lot of inventors spent their time. You would sometimes wonder what it was like up there, among the clouds. The captain the Amelia was speaking with happened to be a notorious group from the sky cities.

Sky cities, adventuring, tinkering and building things, looking down on the ground from so high up with the wind in your face. Yeah, that would be the life.

(Plot is a WIP, will add more)