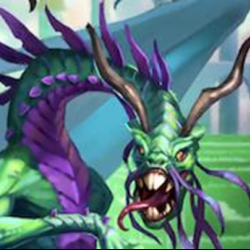 Alright, this is my character profile.

Story: Ursula Killian, born 1878, is a female sharpshooter from beyond the grave; she is undead, and as with the undead, she has a tendency to bite other people.

Ursula, before she turned undead, was a rancher that worked on a small ranch near Coots Chapel, New Austin with her father, Giovanni Killian. Usrula's mother was killed when she was just four years old; Ursula's father told her that her mother was taking a long walk and will return soon, all he wanted was to cover up the truth from the little girl.

Roughly fifteen years later, Giovanni went to fight a small, regional war, leaving Ursula behind with her neighbor, John King; unbeknownst to Ursula or her father, he was the killer of her mother and will be the bane of Ursula and her family. Giovanni was gone for a few months.

During that time, Ursula and John lived amongst one another; the time was perfect to John to do what he was planning for nineteen years.

Giovanni returned and came walking down the road toward John's house to go see his beautiful daughter all grown up. Ursula, with a smile, ran toward her battle-scarred father and hugged him tightly; Giovanni's smile turned into a cold glare as his dead body dropped to the ground along with a pool of blood in his chest, John shot him.

Ursula turned around and saw John with the rifle; Ursula's horse, Vigilante, was alerted and looked at Ursula with concern. John smirked and shot the horse, causing Ursula to break down crying. John threw down his rifle and forcefully dragged Ursula into his room, where she was then violently raped and killed with a bullet to the back of the head.

On Christmas Day, five days after Ursula's death, a funeral was held for her; Ursula wasn't quite ready to go yet. Ursula sprung from the coffin and grabbed the pastor by the throat and strangled him to death.
then, Ursula ran out of the church and ran outside, grabbed her father's Carcano Rifle, and looking down the scope of it.

John looked over at the mob of fleeing people and was confused; the glint of a scope caught John's eye and then, there was nothing but a bright flash and a loud bang as Ursula pulled the trigger, killing John. Ursula held the rifle at her hip and knelt down on the ground; Ursula felt a blast of heat come from her right side, from out of the flash came her horse, Vigilante, who kicked a lantern over, causing a fire. Ursula looked at her undead steed and jumped into the saddle, then, she rode off into the night with her rifle in one hand and the reins in the other.

btw, my character is my red dead online character)

On a sweltering hot day in Arizona, Ursula was riding along the dry, dusty trails with her horse, Vigilante. Ursula took off her hat and hung it from the saddlehorn to allow her scalp to cool down.

The air was as dry as the ground was, the sky was blue without a single cloud in the sky, and sweat dripped down Ursula's zombified skin. Ursula took notice of an animal in the distance. Ursula rose her Carcano rifle and peeked down the scope only to find that the animal was dying from the extreme heat.

After approaching the animal, Ursula unsheathed her knife and stabbed the animal in the heart, killing it to end its suffering. Ursula began to skin the animal; Ursula suspected that nobody would harm her out here, as it was in the middle of nowhere, but there was always the possibility.

Ursula's head shot up in surprise as she looked in the direction the roaring came from.

"What in the undead hell was that?" Ursula said, standing up and mounting her horse. "Well, I guess there is only one way to find out." Ursula drew a pair of semi-automatic pistols and began to ride toward the direction of the sound.

Ursula stopped her horse and looked down from a cliff, seeing a hulking....beast of sorts. Ursula used her sniper scope to get a closer look at the being.

"What is that thing? Is that a man or a monster?" Ursula said under her breath. "Whatever it may be, I don't think it's friendly. I should stay up here."

Ursula looked down at her horse, who was getting a little jittery; even for a large warhorse like Vigilante, the being still made him nervous.

Ursula's breath seemed to stop as she figured out the direction the beast was heading toward.

"Sh*t, boy, we have to go!" Ursula kicked her horse into a sprint, then, she drew a repeating rifle and began to unload 30.30 express bullets into the beast, praying to deter it from pursuing her.

With the explosion of sand blocking her path, Ursula slid Vigilante to a stop. Ursula kept her weapon in her hand.

"I've been in many gunfights, so I say I'm most courageous," Ursula said, in a raspy, undead voice. "Also, what are you?"

Ursula looked at her hand and noticed that her weapon was gone. Ursula's eyes glanced over at the hand of the beast; she noticed her shiny, silver Lancaster Repeater was in his hand, looking like a toy gun in comparison. Ursula's eyes jumped up toward the eyes of the beast.

"What in the sweet hell is a starship? Is it something made from stars?"

The horse underneath Ursula remained calm, despite being in the presence of the massive hulk in front of him.

Ursula's face grew worried as she saw the beast hunch over and vomit; Vigilante's ears went up, as did his head at the sudden movement of the hulking being. Ursula jumped down from her horse and put a gloved hand on the beast.

"Are you alright? are you ill?"

Previous123Next
You must be logged in to reply to this topic.