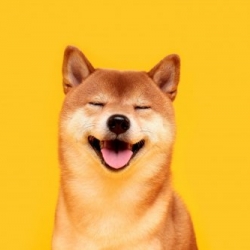 I am back! Apologies to those who have left for vanishing. I had some unexpected health issues that left me unable to do much for a while. I am better and back.

I am looking for a long term role-play partner.

If you are looking for Fantasy, Supernatural, and Magic. you found it!

I am good with almost any story. Just nothing Erp related. romance is fine, Erp is not.

#1. A prince, and princes from enemy kingdoms are arranged to marry. They both run away and join a band of Thieves to get as far away from their families as possible. After a couple months of becoming close they hear rumors of a war brewing since their disappearance. Both kingdoms blame the other for the heirs vanishing. Both must find a way to stop the war, while also keeping their secrets hidden.

#2. A Portside village caught in the middle of a war is being burned to the ground. The villagers flee, The character is thrown into the ocean, swept away from their decimated home. They are captured by pirates and taken in by the captain and their crew. The captain has a soft spot for the newcomer and helps them learn the ropes. Only to find that the pirates had aided in the destruction of the New comers village.

#3. Moving into a new town can be hard, Especially since many rumors run around that the town is the gateway between Heaven and hell, Where demons and angels can live amongst humans and each other. Many bad things happen in the town due to the rivalry between the angels and demons. Each wants the town for themselves, but neither are willing to give up. The mayor knows what is happening and refuses to do anything. There must be a way to fix things

I have many more. If you are interested Friend and msg me. I much prefer to use discord, it's faster and easier. But here works too.

Hey I am interested! I sent you a friend request :)