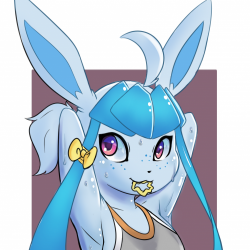 Author's Note; I'm only posting this in the adult Brainstorming & OOC since this setting will be brutal. Adding to that, I know most who peruse the Adult RP section often look for a quick **censor** RP. This is not that. If that's all you're looking for, keep scrolling now. If you are, however, more interested in creating a captivating and enjoyable story, then stick around! At the very least, you can keep reading and see if you are interested or not. If you do show any kind of interest, can just message me privately. I'd prefer to keep the comments of this thread to positive/helpful critique or thoughts on the premise I'm coming up with. Further, more in-depth details can be discussed in private.

This is inspired from a lot of different scenarios. Interpretation of the stories origin and inspirations can vary depending on the reader's own experiences. My own recent inspiration came from the Inzauma regional story from the game Genshin Impact, as well as some other aspects from the Monstadt and Liyue regions. I haven't yet finished that storyline, but I have a good grasp of what it will entail from the amount I've consumed already. The official ending of the games' regional stories won't impact any of the story I've already made for this premise. I may use some characters or character designs from Genshin, but their stories will not be the same.

Before I finally start the discussion on the premise; the description I am posting to describe this setting is merely to serve as an example of the mood, tone, and expression I'm hoping to achieve with this setting. It is not the starter to this RP, but can be used later on if the moment so entails it. It's also to show how much detail I pour into my stories, and I'd prefer a partner who can hopefully share my enthusiasm for this story I've been crafting. And as such, I won't expect many to find this at all appealing. I'm predicting only one, maybe two at maximum, who show any kind of interest in this, and I'm perfectly okay with that. It may take a month of waiting to finally get a RP partner who wants to help me craft out a magnificent story, and I'll express no verbal complaints about it. I'm willing to wait as long as it may take to find the right storyteller to share my story with and to collaborate further with.

Notes aside - let's begin, shall we?

"... Ceaseless, unending tragedy. Brother slain by sister; sister betrayed by father; father slaughtered by mother; mother eaten by the wolves we called 'Liberators'. Ironic, isn't it, Kimmi? That the one's we for so long aided in battle have come to take what we hold most dear?" The m*tu*e he-goat gripped the iron tipped covering of his cane. The cane's design was intricate - long past it's prime, but still exerting it's power through it's sheik, golden carvings of roaring dragons' dancing in an infinite loop of prosperity around one another. The dark wood this art was portrayed on perfectly contradicting the pieces of work aligned over it. Even in it's many years of countless battle, it shows no sign of wear and tear.

His brown-eyed gaze turned to a woman standing at his side. Many years his younger, she serves as his opposite. While he was never the most charming or nice to look at, she openly offered those to gaze at her extravagance and beauty. Dawning merely a simple Scout outfit, she had time to modify it to show off her financial status of which contradicted her previous military standing. She was far more cable of hearing and caring for the people she was meant to serve. He cared only for himself and his swordsmanship. And his cane was carved with a dragon, while her bow was carved with serpentine crystals to make out a large serpent with multiple looming heads. Dvalin and Osial. Two of the beasts of the world, and the most bitter of enemies.

(Author's note, again ... I'm really, really bad at describing clothing. It's always been a problem for me. I'll, instead, leave a link to my inspiration for her outfit. It's nearly identical. genshin-impact.fandom.com/wiki/100%25_Outrider)

"I share the same beliefs, Master Jiāng." Her voice perfectly suited her looks and expertise's. She spoke at a quick pace, yet was able to pronounce her words clearly, and her lighter pitch in tone felt suitable for someone on the smaller side of the size scale. She'd always say she'd hit a new growth spurt before hitting adulthood.

"Yes, dear? If something is on your mind, then please, speak up." His rougher and deeper tone carried a heavy burden with it; expressing all his life's regrets and worries in every syllable he spoke.

"It is reasonable to feel such ways. It would be more concerning if, even through all you've endured, you felt nothing."

The female serval looked to him finally, "sigh True. Wise words, as always. Yet, how long will it all last? And I mean more than just the war. The fragile alliances between deities can only last so long." Her hand instinctively ran two fingers along her bow, which had been tightly gripped by her right hand during this tense meet-up. Her gloves traced along one of the serpent heads that adjourned her weapon of choice.

He was quiet for a moment before looking back towards the large ash pile that laid in front of them. A sigh escaped his lips, "I don't know. Morale can't last forever when the Kisiki continue to round up innocents ..."

They both drew quiet - allowing the roar of the chaos around them to overwhelm their thoughts. Screams of the dying who were locked in their homes and set ablaze; those dragged into the streets to be brutally butchered on the street. What once was a prosperous city open to all, even outlanders, was now a silent graveyard inhabited only by the dead and those Rebels who seek to help whoever they could find. But all they found was ash. Ash littered the sewage drains, flooded water wells, blocked off street entrances that once stood tall.

The gaze of the serval returned to the pile as well. Yet, her eye caught something. She knelt down and brushed some ash to the side, and found a charred locket. Her hand was hesitant to take it, but she set her bow down and retrieved the locket. It had a green amulet imbedded on the front. She was slow to open it, fearing what she'd see inside, and her fears were correct. As soon as she saw the pictures kept inside, she flicked it back shut. Her hand gripped the locket tightly as her left hand now snatched up her bow. It took no time for her to storm off past a group of friendly soldiers. Her boots and heavy steps made her easy to hear as she angrily grumbled off out of sight.

He released a deep sigh. The elderly goat knew what she was going to do. She always looked for the same thing when seeking retribution - vengeance.