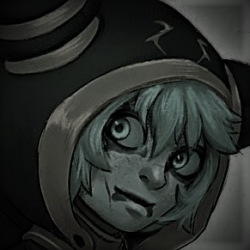 Ziyoou-Vachi-Kaen replied to Forward_Abyss's topic
It took a while for the little girl to stop gawking at the landscape. She definitely took her sweet time slowly panning her face left to tight, the right to left, then back again. She just can seem to get enough of the breathtaking sight. After all, she is actually seeing all of this for the first time ever in her life.

Thinking of all the happy little adventures she could have, Prushka just let her imagination run wild. Imagining entire scenarios exploring each and every nook and cranny of this new world. She just couldn’t wait to tell her Papa. Wait…”Papa!?”

Prushka blurted with great worry in her voice, snapping her out of her blissful trance. Recollecting recent event. That is right, Prushka was with her adoptive father Bondrewd surveying the outskirts of the 5th layer for any changes with a small group of Bondrewd’s own servant force the Praying Hands. Then they were caught in some kind of earthquake and everything around them fell apart. The last thing Prushka could recall before blacking out was calling out for her papa before being thrown out of his embrace by a powerful force.

Sick to the bottom of her heart with worry, Prushka darted her eyes back and forth analyzing her surroundings in a panic. She needed to rejoin the group fast, knowing full well the dangers of navigating the 5th layer alone. Then Prushka realized something in the midst of her survey. “…Where, am I?”

This definitely isn’t the 5th layer, at least not the one Prushka knew of. The 5th layer was dark, damp, and full of pale white sand. Where Prushka was on top of a cliff, taking a quick look at the bottom of the edge where it seems to be remnants of the 5th layer’s water basins all collapsed and littering the entire mountain side. “Did the 5th layer…fall on something? Like a mountain!?”

Prushka cusped her cheeks at the inconceivable thought of the entire 5th layer just falling on something. It was every bit as crazy as she thought, but the more Prushka looked around the more plausible the thought became. The tremors were back then was the 5th layer falling? Or perhaps something even more convoluted? Prushka couldn’t begin to wrap her head around such a conundrum. She really had to find her father and fast, he would know what to do…He always does.

One last time, Prushka looks towards the breathtaking landscape. Trying her best not to be entranced again and look for certain places and landmarks in which she could consider her first destination in her journey to find her father. Although, taking an even closer look at the landscape Prushka discovered something that took her aback even more that the prospect of the 5th layer falling from nowhere. It was Idofront, her home and her father’s fortress of operation. It was all the way across, floating on a flooded valley with what seems to be all the water of the Sea of Corpses. So that’s why all the basins were empty. The water just went and flooded to the lowest point.

Already it seems as though the little girl is presented with a daunting task one after the other. The stakes are stacking against her with every passing moment, Prushka needs to move now. Despite the fear and hesitation, Prushka moves forward. She won’t get anywhere cowering at the peak of a cliff after all. Besides…She’s always wanted to go on a journey like this, she just wishes she could have done so with friends.

Prushka sets off to reconvene with her lost group, carefully scaling down the devastated mountainside. A feat she is no stranger to after years of her own spelunking adventures in the 5th layer. What blessings or curses will the little girl encounter on her perilous journey to find her father?

((That's it, bgm for every post! I've made up my mind it greatly enhances my own reading experience and I'm hella sure it will greatly enhance yours. Just make sure to moderate volume so that it isn't so intrusive))

Ziyoou-Vachi-Kaen replied to Forward_Abyss's topic
It was meant to be another trek across the wastes of the 5th layer of the Abyss and nothing more. Something which the delvers here had done an innumerable amount of times. There was nothing that could go wrong, they were very sure about it.

But as fate would have it this routine exploration would experience an anomalous cataclysm. The likes that which the delvers of this already strange place called the Abyss had never seen. The dusty white sand of the 5th layer, the Sea of Corpses quaked and tremored like never before. The routine exploration group thought it was another water basin collapsing, but the more experienced in the group knew it was something else. The tremors were too powerful to be a collapsing water basin.

It just so happened that a fateful pair of Father and Daughter had to take part in this routine exploration group when the cataclysm happened. The titular Bondrewd the Novel embraced his adoptive daughter Prushka. Their world around them was steadily falling apart as the quaking reached their peak. Large debris fell all over the place and the ground which they stood seemed to collapse any second. Bondrewd enveloped Prushka with his body to protect her, the little girl only managed to utter a single word before everything went dark. “Papa”

When the 5th layer of the Sea of Corpses finally arrived at its destination, an amalgamation of continents and landmasses from other worlds. The massive ocean came crashing down first, flooding entire valleys. The forward operation base of Idofront sits solemnly on empty land separated from its inhabitants. What little land the Sea of Corpses had crashed on top of a peak overviewing the flooded valley. Its basins and water supports now shattered and empty, its contents flooding the lands below.

Amidst the rubble and debris a wounded little girl lies unconscious, hidden under fallen foliage and large boulders that miraculously did not crush her. Although her state of unconsciousness did not last long when foreign light flooded through the skin of her eyes.

The little girl, Prushka is her name slowly awoke. Her body numb, battered with bruises from the rough travel. She was alone, separated from the group and her father which she was spelunking with. The warmth of sunlight enveloped her face as she looked forward from where she sat. She strained, trying to stand but the pain made it difficult. The wincing bruises and small bleeding cuts was the last thing in Prushka’s mind however. “What is this light?” she thought out loud.

All her life was spent in the dark caverns of the abyss. Prushka had heard stories of the surface but never once was she there in person. “Is that…the sun?” wonder and curiosity quickly filled Prushka regardless of her minor injuries, she was just that kind of girl.
The warm yellow glow beckoned Prushka to come closer. Entranced by her curiosity she would walk towards the warm light unable to see past its brightness. Suddenly…

Prushka stops short of just walking straight off a cliff. The brightness had blinded her and she managed to just stop at the last second when the zenith of the sun’s rays went over her eyes and she could see again. Despite this almost near death experience Prushka was quick to dismiss it for the breathtaking view that surprised her.

There atop a cliff where the 5th layer had crashed stood a little girl. Her eyes fill with wonder as a pure innocent smile grew on her face. Before her, a vast unknown land full of things she had never seen before. Green forests, red mountains, a vast ocean, all revealed under the a glorious luminance of the sun. Things that looked like the stories she had heard hidden away in the dark caverns of the Abyss. Now it seems as though Prushka is about to experience all of those stories for herself.

((Just had an epiphany after writing this, Prushka basically experienced the same thing the protagonists did with the whole sunrise, sunlight thing. I can't help but imagine this song playing the entire time Prushka awed at the landscape and sunlight before her. So here some bgm for better reading experience.))

Ziyoou-Vachi-Kaen replied to Nekomenace's topic
It was a good minute of struggling between the two on the floor. One fighting for his life and the other determined to strangle him to death with all the strength it could muster in one arm. The face it made while doing so was disturbing while it used its two lower arms to hold him down and make sure he stayed on the floor. Both of its eyes were wide with an expression of anger and frustration but strangely the eyes had cracks, actual cracks like broken ceramic. Its mouth was wide open revealing a mess of sharp fangs splattered all over its jaws. Saliva dripped from the gaping maw as it struggled to close the distance between its jaws and Tristan’s neck in order to secure a death blow. Tristan’s knees on its stomach prevented it from doing so. The look of bloodlust and frustration was clear on its face and its crackling eyes. Its death grip on Tristan’s neck was strong but not tight enough, Tristan was actually fighting back and is able to stop himself from choking to death. In a fit of rage It would use its free upper arm to try and claw at Tristan’s face, it would seem that Tristan had the same idea first. He lashed at the things face aiming for its eyes. It sees this quickly registering the attack and its intended target, but the processing might have taken too long, the thing was able to pull its head back to avoid damage from its eyes but ended up being clawed straight across its mouth. Three bleeding wounds were now present on the creature’s face, parallel with its mouth. The thing winced from the pain and used its free arm that it intended to claw Tristan with to cover its wounded mouth. The attack sent the thing reeling and momentarily loosened its grip on Tristan’s throat.

Ziyoou-Vachi-Kaen replied to Forward_Abyss's topic
((Ayyy. Would @Navibruh be willing to participate? We only need one more person right?))