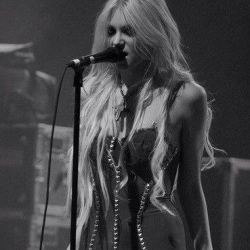 TPR replied to TPR's topic
“Of course I had to” she smiled “you’re one of my bestrest friends” she said as she stood up and hugged her gently, slowly turning around and pulling out a chair for her “I missed ya by the way, here you been? In a cave?” She joked.

TPR replied to TPR's topic
!!No Novellas Please!!
I'm on mobile and it's quite a pain.

Not looking for anything long term, I have too much of that and it tends to drag out.

Cops, Gangsters, Robbers, Random Passersby... whatever your imagination likes to be, Tell us your role.

This starter plot was kinda inspired by actual events... they're mixed up with differ cases to become one. yeah... I'm into crime shows.

El Guapo, a Notorious Mexican Drug lord known for his ruthless torture techniques, connections and power became engulfed in debt, he received a tip that 12 Millions of Dollars of unmarked money would be left over the weekend at the JFK Airport in New York.

Thing was, he had no connections over the east coast and passed the tip along to some mobsters, whom rounded up a team to take care of the job. Little did they know, El Guapo wasn't gonna let them keep the dough

Word got around to an FBI agent received the tip, he heard that this Mob Family wanted to hit this place in a few minutes. Exited he didn't inform the rest of his fellow officers, he wanted to catch this big fish by himself.

The tip was a lie made by a broken hearted prostitue seeking revenge on her husbands death on the hands of the FBI, she knew how ambitious he was and that he wouldn't inform other officers, unlucky for her, the lie was true.

The Prostitue hired some gangbangers to end this man... lucky for them... they find out that there's cash waiting.