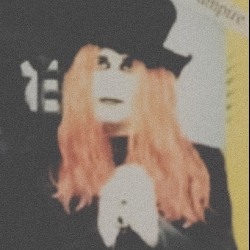 Spartan203 replied to StealHeart's topic
The hill top where Luagi had died had remained almost the same since his death, a great view of the lands, a clearing on top of a mighty hill where a battle once raged and many lost their lives. Evidence of war being taken over by nature. What had been left was taken by passerbys and likely sold for a good deal of money.
But Luagi remained here, some sort of ghost, the one that caused people to believe that the battlefield is haunted.
Luagi is trapped here, where he died due to some sort of deal he made for power, but he didn't successfully complete his side of the deal, and this is his curse.
He can wander but not far, he has learned to mostly control his ghostish powers over the years but can never be completely 'alive' again.
He sat quietly and invisibly on top of a tall rock near where he died, he watched the trees sway in the wind, listens to the birds sing their songs as he wonders what ever came of the war, his brother, and the city which his father had ruled.

(Will add other characters to this reply later.)

Spartan203 replied to StealHeart's topic
Name:
Luagi De Dhagnir.
.
Age At Death:
26 Years.
.
Current Age:
33 Years.
.
Gender:
Male.
.
Species:
Legacy.
.
Personality:
On the outside he may appear reckless, impulsive, confident and composed, but on the inside he is depressed, hurt and alone.
.
Biography:
Born the second son of a mighty Dimigod king, his mother a mortal woman who died in child birth.
Luagi despised his father, despite this he always tried in vain to prove his competence to his father.
At around 25 he killed his father, which started a war, a war which Luagi new would start after his father's death. He fought along side his brother in this war for about a year, he had planned how he would kill his brother and it would look as if he died at the hands of the enemy. Luagi stabbed his brother in the side with a dagger, but his brother killed him first by stabbing him in the face with his sword, but Luagi didn't die instantly, he watched his brother that was in shock of his actions as he lay dieing beside his brother; less than a minute later he died.
.
Abilities:
Master Tactician, Expert Combatant, Knife Mastery, Spear/Staff Mastery, Expert Martial Artist.
.
Powers:
Presence Concealment(From being a ghost), Master Sorcerer, Longevity, Enhanced Reflexes, Agility, Senses, Strength, Durability, Speed, and Stamina.
.
Likes:
His brother.
.
Dislikes:
His brother.
.
Height:
6'1.
.
Eye Color:
Red, with slight blue outline.
.
Hair Color:
Dark brown.
Hardly noticable grey streak on left side.
.
Looks/Picture:

Spartan203 replied to StealHeart's topic
"You look like a guy who was just walking by my magnificent bar, and decided to come in and check this beautiful building out. Am I right?" Thaion asks . People seem to be drawn to this old building for some reason, was it it's age, how it stands out or perhaps something else?
The bartender quickly brings over two drinks for them, Thaion slides Merildor his drink across the very old worn wood that is still in magnificent shape.
He raises his glass to Merildor, and waits for his glass to meet his, question is will he bring his glass to his?

Spartan203 replied to StealHeart's topic
Thaion had since turned back into human form, watching as people make their way around tables and crowds of people. Violinists play in the background of the darkish candle lit building, most walls are old brick.
he watches as a newcomer enters and decides to welcome them, he walks elegantly over to Merildor and leans on the bar beside of him. "Can you get my friend here a drink? its on me" he speaks a devilish smile on his pale face, but his smile always looks devilish. "First time at Hûtbanr Sûel?"

Mortulous remains in the same spot as before, his dark eyes watching Thaion with curiosity, his top hat casting a shadow over his eyes. His cape hung almost to the floor, wind from paserbyers causing it to move as if there's a breeze in the building.

Julian makes his way from his seat to join inwith the band by playing violin, he was very skilled at violin. He moves with the sound of his violin as if its possessed him, his red hair falling into his face as he played, more people joined around the stage to watch the music.