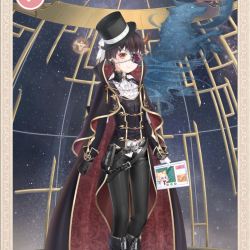 I will make your oc in love nikki

GodOfTheKingdoms replied to GodOfTheKingdoms's topic
Hi, if you see my profile pic you will see a character made in love nikki, characters in different poses will be rare, but you will have a chance to get one, please provide me with an email through friend request!

GodOfTheKingdoms replied to GodOfTheKingdoms's topic
So, basically there is a war going on between a bunch of kingdoms which are the four directions on a compus (i hope I spelt that right, lol), the split center kingdoms (center gothic and center pastel), the islands of horrors and the islands of technology, the west kingdom is modern america, east has Japanese/chinese mythology, south is a tribal place, north is a war kingdom in a forever winter where they use swords and where armor, they start training at 18 and join at 21, island of horror has abandoned robots that seek revenge on humans, island of tech is futuristic, center goth is gothic and started the war, center pastel is cutesy and is the only kingdom that allows nekos in it without racism (other animal people are good too), west and north don't have magic but can still use scrolls and get their weapons enchanted, iot ioh c pastel and south are not in the war. No cursing or nsfw pls!