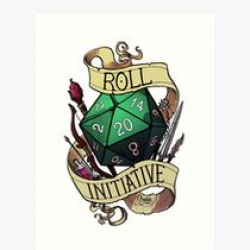 BleachInALeotard replied to BleachInALeotard's topic
I don't really know if this is an issue for anyone else but it seems like every five seconds the site will redirect me to some sort of DriverUpdate site that is insecure, not sure why. Anyone know how to fix this?

Information:
Katherine is somewhat of a pyromaniac, and always seems to have matches or a cigarette lighter in her pocket. She tends to be a little introverted but when around a campfire she will open up to people because of her strange attraction to the flames. She can be over-protective of her friends and family and worry for them slightly more than herself. She is slightly selfish in minor situations and generally a difficult person to befriend, however, is a great friend if someone does befriend. She also has a great sense of humor and laughs at most jokes.

Appearance:
Katherine has amber eyes, long black hair, rectangular glasses, fair white skin, a light grey scarf, and a long-sleeved dark trench-coat. (sorry, some of the details are not in the image)

BleachInALeotard replied to BleachInALeotard's topic
(This was the very first roleplay I got into that I thought had a lot of potential but sadly died out. I would like to mention that the original creator of this forum topic was HOMOSEXUAL. I think that this could work better now. Genre is a Horror. Demons, Ghosts, all that jazz)


In a town where everything seemed normal, all was the opposite of that for the younger residents of the town. Everyone had their own reason for leaving, all personal or maybe not so personal.

By leaving, I mean kids from twelve to fifteen had all left the town when hearing a rumor of a place deep within the woods, an abandoned cabin where stories had arisen of 'ghosts' and a man being murdered there. Of course, these were only rumors. They weren't true, not even in the slightest.

But with the kids, this wasn't scary. It was simply a cabin in the woods that wasn't being used. A cabin that was empty, and perfect for the runaways to go to. The kids who had their reasons for not wanting to go home had decided that together they would stay in the cabin to avoid home and not return.

No, these kids didn't technically all know each other. They all went to the same school, sure, but does that really mean you know them? No. These kids were in slightly different grades, the most they had seen one another was probably at lunchtime. But that isn't the point. These kids all had something similar about each other, and that was that they didn't want to go home.

So together, packing food and clothes in their bags, they set off to find this cabin in the woods where they could stay. The 'haunted' cabin where they could stay and set up. Upon arrival, they did notice a few things. There was no furniture, and the cabinets in the kitchen were empty. But that was fine when you come prepared. Sleeping bags and snacks would have to do until they find other ways.

The only good thing this cabin had was closing doors, running water that was supplied from the river, and a fireplace. Hopefully, somebody knows how to start a fire, because there was no gas in the stove.

For the first two nights, everything seemed fine. The nights were peacefully quiet with the moon high in the sky, fog clouding the forest in a way that wasn't threatening, but almost welcoming.

Sleeping in a sleeping bag while laying by the fireplace with people around you proved to be nice, a change of heart from home. Awkward, but nice.

Of course, peace had company. By the third night in, is when things really start to change... Sure, it's only creaking sounds and random things in the similar, but in a way, the vibe of the place is just becoming bad... Like darkness is suddenly swallowing the place up.

Oh, but as the days go on that creaking gets louder and that darkness becomes stronger. Instead of moonlight lighting the darkness, outside is just an inky black. But that isn't even the worst of it.

Soon you will discover, what creature is out in the darkness. But you can only find out the story, if you join.

BleachInALeotard replied to Nothing's topic
(Should we start?)