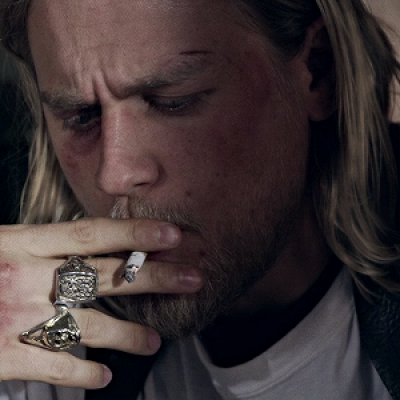 
'Cause it's definitely getting chiseled on your tombstone. ❞

Otis is by far the most sadistic member of the Firefly family. Although he bickers with members of which adopted him into the family, he is undoubtedly loyal to them for taking him in; living in an environment of like-minded people. Whether to disturb the wandering couples or to please Mama Firefly, he often takes lead of their annual Halloween Eve dinner. Otis even brought Mama Firefly's child "Little Wolf" to make her happy, demonstrating at the very least he respects the mother of the house. He often considers himself to be a revolutionary and an artist.

At some point in the mid to late 1970s, Otis (along with his sister) allegedly became involved in a Satanic cult led by a local who called himself Doctor Satan. They were eventually told to leave, and shunned by the cult following an incident wherein Otis stabbed a fellow cult member to death in a dispute over a bottle of whiskey.
.   .   .