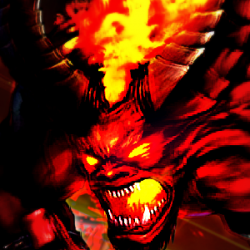 Seeing that Richard was basically behaving as if he was a servant himself and not liking it at all that a Duke and HER great-grandson behaves like a middle-class, she went to Reyja and convinced her to go to look for some proper servants to take care of their mansion and family as it's proper to a noble family of their rank.
The two walk together towards the Academy of servants, followed by Madre's servant, who keeps an umbrella ready to cover them in case it starts to rain, which happens very often in Autumn I.

It was a very calm night with lovely snow falling outside...the Draenei family had prepared to sleep, and as usual, Althus and Tanya slept in the same room, though not on the same bed...Althus has unpredictable wake-ups sometimes...and he does not want to hurt Tanya.
This night though, he fell asleep...but as usual, he started having bad nightmares. It is happening all the time...but Tanya can only bear as much...since mostly Althus keeps mentioning Myel...
"Myel...Myel no..." Althus started to heat up, he was tormented in his sleep, obviously the dream involved Myel getting hurt or he watching her die again. "Myel no!" He kept shouting and struggling...Tanya watched, tears in her eyes...she knew she could never take place in Althus' heart, no matter what he says to her. He is not telling her anything...nothing about his past, nothing...she does not even know what troubles him, what he had to go through...and this reached the peak of her understanding.
She rushed out, reaching the terrace which was connected to their room and she curled against the fence, crying a lot.
Tanya started to tremble due to cold...but she didn't want to go back to their room...only to see her husband in such state again.
A few moments after that, the terrace door opened and Althus knelt beside Tanya. He knows what troubles her...he knows that he is not being honest nor fair with her...he is reserved and cold, distant...and it's not like he does not feel sorry for that...he truly does, and it's in this moment that he will definitely soft up towards her...for he never wanted to cause tears or sadness to her.
The male approached her, wrapping his arms around her and picking her up. "Hey..." He whispered to her softly. "It is cold...come on..." He took her inside again and he placed her on bed, covering her with blankets and sitting next to her.
Tanya trembled, still crying...she always feels like a lesser being...especially in his presence. She knows she will never be like Myel or someone who Althus truly needs...this destroys her. Tanya also believes that Althus married her out of pity and not love...
Silence befell the two...but eventually Althus spoke. "Forgive my unpredictable dreams and...problems, Tanya...I do not want you to feel sad or in any way unfitting for me. I am the one who is not fitting to have you..."
Tanya cried even more, but she took his hand in hers and tightened it. "P-Please...b-be honest with me...Althus..." Tanya sobbed...wanting Althus to speak honestly to her, believing that he is keeping himself from telling her that he will never love her like his wife etc...but that's not true.
"I am honest with you...as honest as I can be...I do not want you to let those tears cover your face because of me. Come..." He lied down, taking her in his arms and letting her rest her head on his chest while covering them both with a blanket...
"We shall speak tomorrow about this...take some rest now, dear Tanya." He gentle caressed her back, seeming quite sad himself...

Name: Sukāretto Kawasumi
Race: Human
Height: 6'1''
Age: 20
Personality: Deadly, joyful, shy and determined and mute
History: Scarlet was a happy child. She lived peacefully in a small farm town, until the war hit that is. Her father was executed in front of her and her mother was raped and killed. When the soldiers walked up to her, she grabbed one of the soldier's daggers from their clothes and cut off their willies before she stabbed them through the heart as they were down.

''You made me like this...Not I...'' she whispered in their ears before their dying breath. This was the last thing she said. She grabbed her mother's old armor and blades. She put it on and they fit. Her blades are a curved short sword and two large daggers connected by a chain.

She took a bag with preserved food from the ruined village and left it to burn. The rest of the soldiers had left and those two were the ones to execute any who were hiding. Now she is a wanderer, killing for her coin...

Once Hannah started feeling better, he decided to give a mini party just with a few close relatives to cheer the whole atmosphere up a little.
It's a quiet dinner in family in fact, in Dorian's manor since he lives there for the moment.