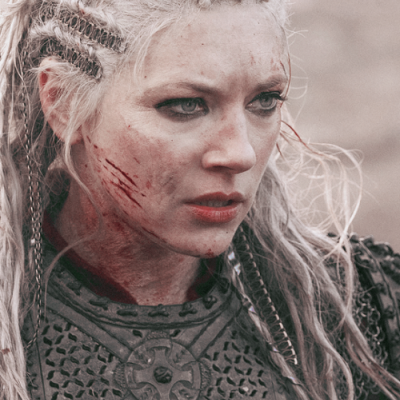 Been fighting with a sword and shield from a very young age and has never lost a battle after years and years of brutal training from the skills and mind of her father who was slaughtered with his Viking men in a battle of blood against the royals. Laurina's skills as a combatant and shield-maiden were the result of hard work and determination. Her determination and drive to become strong.

Her mother heartbreakingly died during labour after giving birth to her and that’s weighed down on her ever since, the times of medieval are the cruellest and dangerous but she fights through it like the warrior she’s born to be and nothing will never stand in her way. Laurina is vicious to those whom she deems enemies and she is also shown to be impulsive at times, and never hesitates when attacking those she views as her enemies, and never seems to consider the consequences of her actions.

Has a future connected with Geralt of Rivia @The_White_Wolf