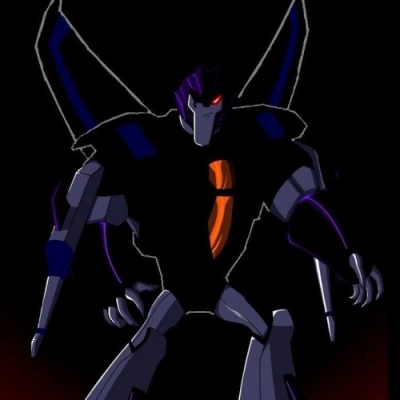 27 / Female / Single
Ohio - United States
BIG fan of horror/psychological. From SAW to Freddy Krueger and everything in between. :)

I RP IN FIRST PERSON, DON'T LIKE IT? TOO BAD!

I find plotting to be a very stupid thing...when I RP, I want to be surprised, I want to be forced to think on what I should and shouldn't do, I dont like plotting cause it takes the fun and surprise of RPing and what's gonna happen in the RP. It's no fun if I know whats coming before it happens...but if the RP is based around a certain series, I can EASILY follow it!

As a side note, her armor is insulated with rubber, so electrical attacks will only zap her lightly, GREATLY reducing the effects of electricity, if not completely nullifying it.

Due to being vampiric, she is sterile.

Greatest enemy: Her Anti, Lightleaper, she is her exact opposite.

Signature weapon: Dual katanas she wears on her back.

Rival: Wheeljack (He is MY kill!)

Preferences: I am submissive, and I love it HARDCORE

Wolf family in a den near her lab, the parent wolves, the older brother named Kovu, and the baby pup named Sapphire.

Clan consists of over 200 people.

Uncle Jason: The famous Crystal lake killer, relation is adoptive, responsible for teaching her how to properly wield her sword, and archery. (Does not apply to when my partner is Jason, unless asked for.)

Uncle Freddy: Dream demon, relation is adoptive. A good friend, she may have gotten her sick sense of humor from him.

Born on Cybertron, she was only 2 years old during the exodus. Her father, sacrificed himself, using himself as a shield to protect Starscream-sama. After getting the news shortly after, her mother took off running, along with many others, the exodus, has come.

However, while carrying her child in her arms, angry autobots ambushed her, with unbridled rage, and attacked her.....They killed the mother, in front of the childs optics...But the brutality doesnt stop there, they also, as a warning to the child not to cross them ever, destroy the right optic of the young one, a scar running down it.

In fear and pain, she escaped and found her way to Earth by accident, where she landed in a BIG forest. A family of wolves saw her come down, and took in the crying child. Helping her survive the night.

The next morning, a man, muscular, no shirt, 3 slash marks across his chest, teal shorts, and neon green hair that covers both his eyes, is walking down the forest path, when he hears the distinct whine of a child, coming from the wolf den. Investigating, he finds her, and a silver bracelet on her with cybertronian writing engraved into it. Taking the child, he gets it translated from the local scientist, translating it as her name: Shadowjumper.

This man, is Captain Xander, and over the years of her life, has been there for her, took her in, trained her to fight, kill, hunt, and preservation. Making her his lieutenant, and best friend. She never learned to hate flesheys like the others had, and doesnt care for hatred without reason...But at the same time isnt afraid to kill anyone perceived as a threat!

She resides in her lab in the forest, making blueprints, weapons, medicines, and such. Small on the outside, but big on the inside.

How did she become vampiric, you ask?..........She doesnt give out such information to just anyone, only to those she really trusts...

With the quarantine, and funds low, I will not be on much, if at all, this will be my last anything on this site for a while, while I aid my family in the meantime.

Romance under the Don

Primesound89 asked the question
Q. How do i start up a chat?
A. I already sent you a message, just hit the Mail graphic at the top of your screen, it is next to your username.
Nov 28th 2018 13:28

WaywardDreamer
It is, don't worry. Have faith in your writing ability, friend. I'll reply to it as soon as I'm done getting to the few that needs attending to. ^^
Apr 6th 2020 19:15

UnSaved
I wouldn't really consider myself all that good, I still lack in an overall range of words.. my mother tongue is german actually.. by now I feel like I know english better tho ^^
Nov 28th 2018 11:59