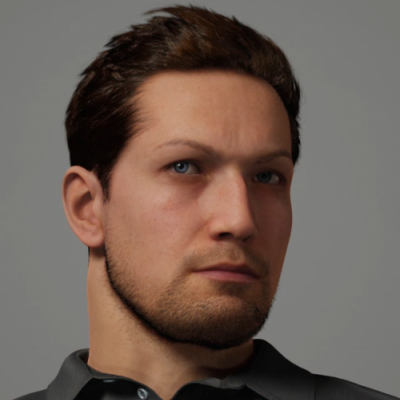 (Q)
21 / Male / Single
United States
Welcome to my profile! Chances are either you're viewing my profile because something caught your eye and you want to know more about me or I viewed your profile and you're returning the favor, either way, welcome.

Now, there are cookies on the table and all I ask is that the all girls please keep their arms, hands, and fingers inside the armbinder at all times while visiting this profile as we don't want any injuries, my insurance just can't cover them! Don't worry girls, the minute you stepped foot in my profile, your arms were automatically encased in the binder so don't struggle too much, you can't squirm out anyway! (Sorry, bit of Dom humor)

Truth be told, I'm just a normal, average, everyday guy who is just here to have fun, Roleplay, chat, and make friends. As a rule I'm more inclined to speak to girls, big surprise on that right, as I've found in Roleplay you tend to build a scene between two people and two guys RPing together always feels weird and awkward so things never flow.

Now the second part to my personality, as most people have, is that I'm a Dominant, both in real time and online so this tends to work its way into my conversations and roleplays alike. In addition to setting up a wonderful RP scene, more on that below, I also tend to keep my eyes open for the right type of typists, young women who are looking for guidance, direction, teaching, or training outside of their characters and have been known to sometimes work with, teach, and train a typist in addition to RPing with her. I'm always happy to discuss these things with a suitable girl as well so don't be afraid to drop me a message about it!

Now, back to other stuff...I'm an aspiring author, been working on my first triliogy for a while now based on my original universe creation, additionally this is the universe that I use in alot of my RP so for those who I RP with in that universe, I will bombard you with HUGE posts full of detail and words, lots and lots of words, because I like to build the scene as if we're really living in that world in that moment.

I tend to keep most of my RP in my own universe because I kinda view it as a world of it's own, you can build storylines inside of it while still holding true to it's values and concepts which allow for a feeling of exploring a real world as you discover new things about it.

Now, with that being said I do also RP in other areas, I've recently taken up writing in a Post Apocolyptic world decimated by repeated viruses until the world's population tipped the scales going the wrong way... Its a bit of a darker world, fewer rules, more just doing whatever needs to be done to survive and be damned anyone who gets in the way. Think Mad Max meets the Walking Dead minus Zombies.

I get a lot of requests to RP fantasy or supernatural stuff, and while I love watching fantasy movies and reading fantasy books, I don't really buy into RPing in the supernatural realm as it always seems to fall on too many old cliches and just isn't very fun for me. Sorry to those who really like that but it's probably not for me.

In short, I always will hear out people's ideas for RP storylines and contribute my thoughts back. If we can match up, great, lets have fun and build the world...if we don't match up, doesn't mean we can't still talk and be friends. Who knows when a new idea might come up that we match with!

If you made it this far, enjoy a cookie...unless you're one of the girls in an armbinder, then ask me and I'll happily hold the cookie while you eat it! Now I make no promises of freeing you from the armbinder, but I can promise you're going to have fun either way!

Otherwise, feel free to message me and lets start a dialog because as with all things, every bit of literature starts with an idea!
.   .   .

This freaking economy...just got notified that I'm losing my job on July 1st. *sighs* I'm so tired of all this, why can't someone who wants to work just be able to work and get paid properly instead of all this jank cutting people who are even being told they were performing great and no one has any issue with their work.
Mood: depressed