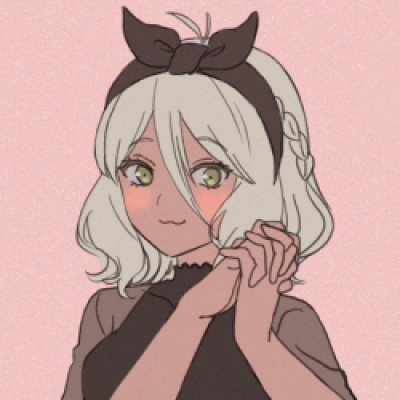 (Leni E.)
20 / Female / Forever Alone
Greens, Philidelphia - United States
By adding me, you acknowledge that you at LEAST read my TLDR.


TLDR: I am your average built-like-a-toothpick ace. I mainly play as OCs. I don't do ero. I do fandoms. Trolls suck. Read onward if you have any more questions.

Do not add if you
-Want to do ero with me
-Are homophobic
-Are racist
-Are only here to troll
-Hate my characters and their designs
-Expect me to play canons immediately (Exceptions for a few people and/or a few fandoms)
-Expect me to write an entire novella
-Expect me to reply wihin five minutes at a time. (I have a life. I have other RP.ME friends.)


Add if you
-Like RP, fandom or otherwise
-Want to write good story
-Like horror/Wholesomeness
-Want either positive or negative character development
-Just want a buddy to talk to

Take time to read the rules before roleplaying. This should be common sense, but apparently not so common amongst some people! I am so tempted to make a Wall Of Shame... In fact... If any more trolls come, there WILL be a wall of shame. Sorry, not sorry, but I cannot handle trolls.

Welcome to my profile! Our team of characters is dedicated for you to have the best roleplay and status-reading experience! Join us as we build our team!
Our characters are (mostly) FBOCs (Fandom Based Original Characters), and there are many of them used in our stories. We advise you to give us even the rarest fandoms you have, as we may have an OC for it.
In general, this profile has a liking for Canon x FBOC, as a personal opinion. However, it is not required. Many great stories have been made that were not Canon x FBOC.
Now, let's get to rules. To start: ERO CONTENT/ERP IS FORBIDDEN. If you wonder about the reasoning of the rule, please check the website rules, because you either forgot, or are willfully ignoring them. That, and I am ace. I am stealing my friend @Karate_Rocks rule, so if you break this rule 3 times, you should expect to be blocked. The rule breaking will be LOGGED. Secondly, do not kill off a main character without permission unless I say that they are weak. That is generally your hint that you can kill them, but it is still nice to ask, except if it's the horror genera, in that case the rule is mostly ignored, except for two certain characters (Leni and Melody). Next, I am not going to control your character. You may control mine if you REALLY find it necessary. Next. Unfriend me if I am annoying, ok? I don't wanna argue with you. Messages before you unfriend are fine to an extent (no just leaving me a "f*** you" and unfriending.) Next, PATIENCE! I will not hound you for replies, and I expect you to do the same. (Expecting me to reply in 3 minutes is a bad expectation. If I dont reply in 3-4 days, however, feel free.to chase me down for replies.) Next, you are the rule, not the exception, mostly speaking to ero RPers. Remember, once again, three strikes and you are blocked. (Note: Saying that you asked me to do it for just you "as a joke" is just bad cover-up. Take your strike like a grownup, dammit.) Next, I am willing to sacrifice a RP if you mess with my friends and I find out about it. Does not mean I will block you, I will confront you instead. I confront people who are rude to my friends. Next, I DO NOT WANT TO BE A GIRLFRIEND TO ANY ACCOUNT ADMINS. (Online dating to me is a risky game. Sure, if we met in real life its ok, but if I ONLY met you on here, even for a long time, I will still say no.)Thats basically all, unless you want character rules. Those are given out per person.

Ok. Lets give our shoutouts.

@Karate_Rocks - Thank you, for letting me bring out the true potential in Sonnette and my other characters. You do not know how much you have brought me out of my shell to roleplay as Chucky, which led me to RP other canon characters.

@ComedyWriter - He is a friend of mine, and one of the most underrated people on here. Please, be kind to him and his group. They also convinced me to play more canon characters, which I appreciate! However, people keep on pushing him and his buddies off of the site... If anyone could be kind enough to accept his friend requests and be friendly to him, I would greatly appreciate it! But if you know you are going to be a jerk to someone who is different from you, then stay away from him. I will chase you down if you are mean to him or his friends.

@RedRiot - He is not only skilled in RP, but has made OCs that spike my attention when I go to scroll the blog posts of others!

I only mentioned roleplayers, I RP with, there are more amazing people located on my friends list. If I want canons in the roleplay, then I will play them, but do not force me to play canons. Canons I can play: Dr. Bright (SCP Foundation), Nene (Pico's School), Charles Calvin (Henry Stickmin), ALL CHARACTERS FROM THE BOOK TITLED "THE WESTING GAME", and Chucky (Childs Play), Eliza/Frisk (Undertale)
Anything else is either experimental or I do not know how to play them
Other media I RP on (CAUTION: I AM BARELY ON THESE)
Reddit account (COMPLETELY OPTIONAL): Lillietendo
Tumblr account (COMPLETELY OPTIONAL): katyscoven
Do not ask me for Discord I SWEAR TO GOD if I get that question again. I do not have Discord. Do not tell/ask me to get Discord. ABOVE ALL, DO NOT ASK ME FOR MY NUMBER. I do not want yours either, folks! All people who send their phone number are added 2.5 strikes to their strike count.

Fandoms I would LOVE to RP: Childs Play, Samurai Jack, DBZ, Transformers (If you play those fandoms, add me, or accept my friend request, PLEASE!)
.   .   .

Stuff in my Hunger games simulator that just makes sense

Baldi tries to spear fish with a trident. (Baldi's basics in Education and spear fishing? No...)
Freddy Kreuger, Kira, Funtime Freddy, Leni, and EXE hunt for other tributes. (Oh nonono this is REALLY BAD...)
Pennywise questions his sanity. (Rightfully so!)
Freddy Kreuger stays awake all night. (I dont have to say anything on this)
Jason attempts to climb a tree, but falls on Kira, killing them both. (Dumbass

Anyone interested in a Samurai Jack RP?
changing POV for certain fandoms, yay or nay

Karate_Rocks asked the question
Q. Do you know when your winter break is over?
A. Day after tommorow :(
Jan 1st 2023 20:44
Karate_Rocks asked the question
Q. Good news and bad news. I have absolutely nothing going on tomorrow, but Saturday I'm going to spend the night over my fiancee's so it might be considered bad news for you since I won't be online as much.
A. Its not bad! People have lives and I know that!
Nov 7th 2022 18:37

Karate_Rocks
When you get a chance please take a look at my status updates and pass it on. Very important as there's a pedophile amongst us.
Jan 29th 2023 22:07

Karate_Rocks
Btw, check this out. :)