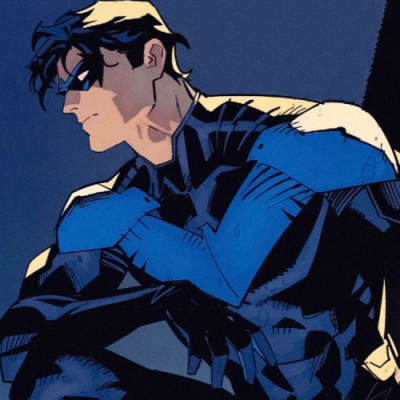 "Robin needed to help bring the man who murdered his family to justice."

The premier sidekick and founder of the Teen Titans, Richard John Grayson was born into a family of performing acrobats, ‘The Flying Grayson’. When the circus came to Gotham one fateful day, Dick’s parents fell to their deaths following an ‘accident’ orchestrated by infamous mobster Tony Zucco, leaving the sole survivor of the Grayson family orphaned at the age of nine.

Following the incident, Dick was adopted by Bruce Wayne, who was quick to realize the path the young boy had been set on. Thus, not wanting his ward to become consumed by vengeance, Bruce revealed to Dick himself to be The Batman, taking the acrobat under his wing as his protégé, Robin.

Undeniably the lighter half of the Dynamic Duo, Dick proved to be jovial and optimistic despite his childhood trauma, forming strong friendships within the superhero community with ease, leading to him forming the Teen Titans alongside fellow sidekicks Kid Flash, Wonder Girl, Speedy and Aqualad, proving that the kids were not to be underestimated by their superiors.

Now an adult, Dick has since outgrown the moniker of Robin and now operates in Bludhaven as the vigilante known as Nightwing, named after a legendary hero from Kryptonian mythology. While not one to shy away from the odd quip, the former Boy Wonder has adopted a more serious and focused persona, yet still remains as approachable as he was as a teen. Despite proving himself as Justice League material time and time again, Dick remains loyal to the Titans, using his own experience as a teenage sidekick to guide the next generation of young heroes.