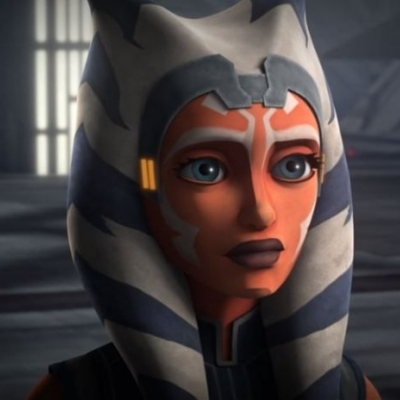 (Ahsoka Tano)
22 / Female / Single
Illinois - United States
Thirty-three years before the Battle of Yavin, Ahsoka Tano was discovered by Jedi Master Plo Koon among her people on the planet Shili at the age of three and accepted into the Jedi Order. Around this time, she was nearly enslaved by an impostor who intercepted the signal to the Jedi Order and who hoped to use her powers for their own ends. However, this scheme was thwarted, and Tano began her life as a Jedi. Like all Jedi of her era, she was raised at the Jedi Temple on Coruscant.
By the age of fourteen, Tano was assigned to Jedi Knight Anakin Skywalker—and would learn the ways of the Force as his apprentice—by Grand Master Yoda. Having been granted the rank of Padawan, she demonstrated an eagerness to prove herself worthy to be his apprentice. Yoda did this to alleviate Skywalker's fear and inability to lose loved ones, as he believed that by becoming a teacher, Skywalker would develop emotionally and understand that his excessive bonding to those he cared about was unnecessary once Tano was ready to go off on her own. However, her future choice to leave the Order further pushed Skywalker towards the dark side.
Ahsoka Tano took command of her own squadron for the first time during the Battle of Ryloth, which she participated in along with her master, leading clone pilots Axe, Slammer, Kickback, Tucker, and Swoop into battle against the Separatist Blockade led by Captain Mar Tuuk over Ryloth. However, after they were ambushed by four Munificent-class star frigates, Tano insisted stubbornly that they continue their attack rather than retreating as instructed to her by Skywalker and Admiral Yularen. After many of the clones' starfighters was destroyed as a result, Tano returned to the Resolute, devastated by the loss of her squad. Her master then reprimanded her for disobeying direct orders, and though she claimed that she was only acting on his teachings, she accepted full responsibility for her actions. Though Skywalker attempted to console her, the loss of her pilots left Tano scarred and feeling incredibly guilty.
Sometime later, Tano and Skywalker were in pursuit of wanted Weequay arms dealer Car Affa within Coruscant's slums. Tracking the criminal to a run-down bar, her master instructed her to wait while he apprehended him. Due to Affa's sudden arrest, a large crowd of patrons swarmed from the bar, and in the commotion that followed, the small Patrolian Bannamu managed to steal the Padawan's lightsaber from her hip. Ashamed, Tano could not bring herself to admit to Skywalker that she had lost her weapon and immediately headed to the archives in the hopes of tracking down her thief once they reached the temple. There, she met the elderly Jedi Master Tera Sinube, who agreed to help her locate her missing lightsaber. At first, Tano was frustrated with Sinube's preference of patience over speed, but grew to accept and respect the old Jedi Master's methods. Eventually, they found the lightsaber in the possession of underworld criminals Cassie Cryar and Ione Marcy.
Towards the end of the war, when Tano was at the age of 16, her friend Barriss Offee, who believed the Jedi Order had become evil, corrupt and overly belligerent during the war, secretly orchestrated the bombing of the Jedi Temple on Coruscant, killed the bomber, Letta Turmond, and caused the deaths of clone troopers while framing Tano for these crimes. While running away from Republic authorities and Skywalker, who still believed her to be innocent, Tano met her longtime nemesis Asajj Ventress and briefly allied with her, since both were on the run from their masters. Tano was led by Offee, the only Jedi whom she still saw as an ally, into a trap at an abandoned Coruscant warehouse in Coruscant's undercity, where she was captured by Skywalker's forces. The Jedi Council then expelled Tano from the Jedi Order and turned her over to the Republic for trial, where she was prosecuted by Admiral Wilhuff Tarkin and defended by Senator Padmé Amidala. Tano came very close to a conviction and death sentence, but due to the tireless efforts of her master, she was acquitted at the last moment by the forced confession of a captured Offee.

I'm sorry, Master, but I'm not coming back.
AHSOKA TANO, TO ANAKIN SKYWALKER

Following her trial, Tano was personally pardoned by the Jedi Council. Plo Koon apologized to her on the Council's behalf, stating they had been wrong to question her loyalty. The Council also stated that the Force worked in mysterious ways and therefore considered her ordeal in hindsight as being her great trial, making her a greater Jedi and proving herself worthy of the title of Jedi Knight. However, the events surrounding her expulsion and trial had severely shaken Tano's faith in the Jedi. As a result, she refused to accept their invitation to rejoin the Order, and left to discover a new purpose for herself.
.   .   .